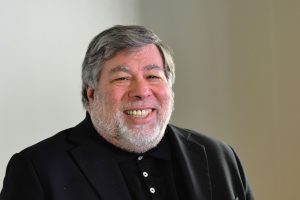 Steve Wozniak, the co-founder of Apple, is leading a lawsuit against YouTube for allowing people on the platform to use his likeness and name in Bitcoin scams.

Wozniak is one of 17 plaintiffs named in a lawsuit that has been filed in the Superior Court of the State of California. It states that YouTube and parent company Google are “unapologetically hosting, promoting, and directly profiting from” the fraudulent activity.

In what has become a common scam online, people have taken to YouTube to create content which claims that Wozniak is holding a Bitcoin promotion. These videos promise that if a viewer sends any amount of Bitcoin to an address claimed to be run by Wozniak, that the tech icon will return double the amount.

This is of course a blatant scam, and is an echo of a similar event which took place earlier this month when the Twitter accounts of Barack Obama, Elon Musk and Joe Biden were all hacked.

However, this new lawsuit puts the blame at the feet of YouTube, saying: “YouTube has featured a steady stream of scam videos and promotions that falsely use images and videos of Plaintiff Steve Wozniak, and other famous tech entrepreneurs, and that have defrauded YouTube users out of millions of dollars.”

In addition to Wozniak, the fake videos also appear to feature likenesses of other prominent figures in the tech world including Microsoft founder Bill Gates and notorious ‘get rich quick’ author Robert Kiyosak.

The suit goes on to argue that YouTube is aware of the scams and that it has refused to act. It says: “Despite Plaintiffs’ and legions of other users’ repeated pleas that YouTube take timely action to end this bitcoin giveaway scam, YouTube repeatedly delayed or refused to do so.

“As a result of defendants’ egregious failures to act and affirmative misconduct in promoting this criminal enterprise, Plaintiff Wozniak has suffered, and continues to suffer, irreparable harm to his reputation, and YouTube users, including plaintiffs, have been defrauded out of millions of dollars. Among other relief, Plaintiffs seek an order requiring YouTube to finally end its outrageous practice of hosting, promoting, and profiting from these criminally fraudulent videos and promotions.”

A YouTube spokesperson stated that “we take abuse of our platform seriously” but Wozniak and co evidently do not think enough has been done.

By contrast, Twitter – infamous for its lack of action in tackling hate speech on its platform – quickly locked all verified accounts from tweeting while it investigated the issue and publicly denounced the bitcoin promotions as scams.