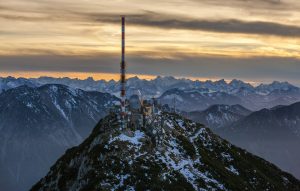 The vast majority of broadcasters believe that 5G will replace traditional broadcast distribution as the preferred way to access TV content.

According to a new study from Norwegian communications equipment company Nevion, 82% of broadcasters see 5G as the future of broadcast distribution, with 37% expecting the change to begin happening within the next two years.

A smaller proportion (10%) are more cautious, expecting it to take more than three years for 5G to overtake traditional services.

However, an overwhelming majority (94%) of broadcasters do believe that 5G will increase the consumption of content.

Despite its obvious advantages in terms of data transfer speed, some of the surveyed broadcasters are still concerned about the technical shortcomings of mobile technology compared to DTT.

Half of the respondents think that 5G’s biggest hurdle will be network performance issues, followed by 42% who pointed towards coverage. A little more than a quarter (26%) said that reliability was of a concern to them, while 22% expressed frets over network security.

Andy Rayner, chief technologist at Nevion, said,:“5G technology can potentially deliver OTT broadcast services with the quality required not only for mobile devices, but also for TV screens at home. This could mean, as our research uncovered, that 5G is eventually likely to usurp DTT for consumers at home as well as on the move. In the long term, it is likely that 5G mobile technology could become the standard means to deliver terrestrial television. However, it is expected that both DTT and 5G delivery (when ready) will co-exist for a reasonable time.”

While there is disagreement about 5G becoming the primary broadcast technology, 95% of the surveyed broadcasters said that they expect to adopt the tech within two years in some capacity.

Rayner said: “Ultimately, we are only just scratching the surface of 5G, and although broadcasters already see its potential value, at this stage industry-wide explorations into the technology are ongoing. It is too soon to say exactly at which point in the broadcast chain 5G will provide the most value. As such, broadcasters currently delivering with DTT will need to work with experts to follow the evolution of 5G broadcast capability.”