French media regulator the CSA has shortlisted eight candidates for the post of the next director-general of public broadcaster France Télévisions, including incumbent Delphine Ernotte, who is seeking a new five-year mandate. 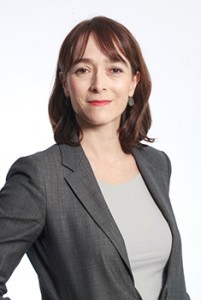 The eight have set out their stalls identifying strategic priorities as the final selection process gets underway.

Ernotte has placed emphasis on doubling investment in children and young people’s programming and on maintaining France 4, the kids and youth TV service that was pencilled for closure in the autumn but has been granted a potential reprieve as a result of its role during the coronavirus lockdown.

She has also placed emphasis on greater cooperation between French domestic broadcasters, including joint project Salto, and between European Union pubcasters at an international level.

Among the other candidates, Chritopher Baldelli, the former president of RTL and ex-director-general of France 2, wants to launch a cultural daily show and revitalise news service Franceinfo as well as shake-up the current management of channels.

Journalist Serge Cinimo has called for a defence and renewal of the public service mission, as well as democratisation of the pubcaster.

Ex-footballer and presenter Michel Goldstein has called for the development of a digital business model for the pubcaster.

Sandrine Roustan, former programming chief of France 4 and current international development chief of Shanghai Media Group, has proposed the creation of a new podcast platform and a rethink about internal production with economies in mind.

Pierre-Etienne Pommier, digital adviser to the governing La République en Marche party, has talked about doubling the broadcaster’s regional output and launching a new international platform for the Francophone public.

Serge Schick, former head of public body INA Expert and another ex-France Télévisions executive, has also placed emphasis on news as well as the introduction of more advertising to help finance the pubcaster.

The candidates will be subject to interviews on July 20 ahead of a final decision to be announced on July 24. This is the second time the CSA has been given the responsibility for the choice, which was previously the prerogative of the French president.