Public broadcaster organisation the EBU has named Wouter Gekiere as head of its Brussels Office. The EBU office in Brussels represents the interests of member broadcasters to the European Institutions. 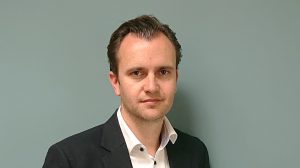 Gekiere was previously the EBU’s head of EU regulatory policy, a post he held since 2018. He succeeds Nicola Frank who has moved to a new position within the EBU.

Gekiere has served with the EBU’s legal and policy team since 2009. Prior to the EBU, he was a legal advisor at the European Parliament and has worked as a researcher at both the Institute for Information Law, Amsterdam, and the Faculty of Law of KU Leuven.

The EBU said that its EU policy priorities include: defending media pluralism and freedom; delivering the increased responsibility of online platforms; securing the integrity of media content and clear brand attribution on digital platforms; ensuring public value content is easy to access and to find; competition law reform; securing efficient and reliable media distribution and preserving the open internet.

Richard Burnley, legal and policy director, EBU, said “With EU policies on the horizon that are game-changing for Public Service Media, Wouter’s proven track record makes him the right person to lead EBU’s advocacy in Brussels. He has a deep knowledge of EU policy and politics and is recognized across EBU staff and membership as a highly motivated team player and valued leader.”

Noel Curran, director-general of the EBU, said “If we are to protect our proud tradition of a strong, valuable, free and independent media, we need EU policies that are fit for the future. This is even more important as we see just how vital Public Service Media is in a crisis such as the COVID-19 pandemic. I’m delighted to welcome Wouter to his new role. He has impressed us all enormously with his expertise on policy, his ability to unite the membership across Europe and most of all his passion for Public Service Media and all it stands for.”