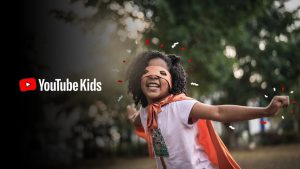 YouTube Kids launched in the US in 2015, aimed at kids under 13, with a range of content channels and creators. Freesat customers will be able to access content covering arts and crafts, sports, music and educational videos across a variety of subjects, plus cartoons and nursery rhymes.

The app includes parental settings to enable them to guide children’s viewing by handpicking channels for them. Parents who are logged in to their account on YouTube Kids are also able to block certain videos or channels.

The launch comes exactly one year after Amazon and Google announced an end to their years-long spat which saw both parties remove their services from one another’s platforms.

This was followed by Amazon removing products from Nest (the Google-owned smart home brand) from its storefront and removing Prime Video support for Chromecast, while Google removed the native YouTube app from Fire TV.

However, the companies managed to work out their differences, with YouTube being relaunched on Amazon devices and Prime Video being restored to Chromecast and Android TV in July 2019.

YouTube Kids is the final of these apps to make a comeback, with an unexplained delay from an initially promised revival of 2019.