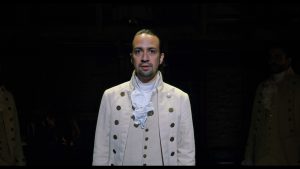 According to The Verge, Disney held an all-hands call earlier this week and the company confirmed that the musical brought in a large number of viewers who may have previously not been interested in the service.

While not giving specific numbers, Chapek reportedly said that “there were a lot of” new subscribers to the service over the weekend, and that the “particular audience was very important for Disney+ because it represented a tangent of an audience that we don’t necessarily get that often on Disney Plus.”

He apparently noted that many of the viewers “were a different target audience, a different demographic than what we normally get.”

These comments seem to back up a report from Apptopia which claimed that the Disney+ app was downloaded 513,323 times globally over the July 4th weekend, with 266,084 downloads in the US alone. This was 74% higher than the average totals over a comparable timeframe in June for the US, and 47% higher worldwide.

On the call, Chapek spoke about Disney’s broader DTC business – made up of Hulu, ESPN+ and Disney+ – and said that the company can take the streamers “the next level using the same bold and aggressive forward-looking approach that we did with Disney Plus.”

The call was primarily discussing streaming, but Chapek did touch on the reopening of Walt Disney World which is set to go ahead this weekend despite a surge in covid-19 cases in Florida. He said that despite understandable concerns from the resort’s ‘cast members’ (Disney-speak for employees), the company “can’t afford not to have our cast working for 18 months” and that it had “developed plans to open responsibly.”

Disney’s parks segment makes up most of its business and made up US$1 billion of the company’s US$1.4 billion loss in Q1.