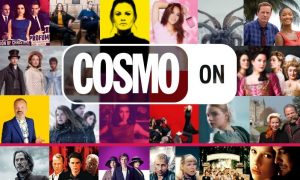 Orange is offering Cosmo On as part of its Orange TV Cine y Series package without additional cost. The service will offer over 400 new titles annually on-demand, including the exclusive debut of new political drama Bright Minds.

“We were created to reinforce the TV offering of platforms innovating with new models. TV consumption data confirms that increasing numbers of viewers want to enjoy content flexibly. Cosmo On is premiering on Orange TV and strengthens our relationship with the platform,” said Almudeno Ledo, CEO of Cosmo.

“We are delighted to be chosen by such a prestigious entertainment brand as Cosmo to be the initial home of the Cosmo On service in Spain. This supports the Orange TV strategy, which is characterised by alliances with partnerships of quality that are recognised in the world of TV as always having the goal of giving customers the best premium content,” said Josep Maria Rabés, director of Orange TV.