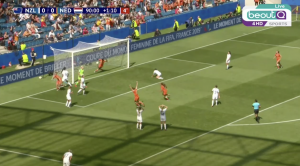 The Saudi Arabian Football Federation (SAFF) has admitted it has a “responsibility” to help tackle piracy following the World Trade Organisation’s declaration that illegal sports broadcaster beoutQ was run by the Kingdom.

According to the BBC, SAFF president Yasser Hassan Almisehal sent a letter to UEFA saying that it aims to be “a true partner of sport around the world”.

He wrote: “‘Sporting rights are the lifeblood, which feed the future not just of elite clubs, but of the entire sporting pyramid. With our sporting ambition comes a responsibility to help [fight] piracy and as a nation we already have the rigorous governance framework to do just that.’”

Now in an attempt to practice what it is preaching, the Saudi Authority for Intellectual Property (SAIP) said that it has carried out an online inspection to “stop websites and platforms that violate intellectual property laws, including sites broadcast from outside the kingdom”.

The Kingdom of Saudi Arabia has long been accused of facilitating piracy through beoutQ, which launched with the explicit purpose of targeting Qatar-based BeIN Media, though it has consistently denied its involvement.

However, its involvement in the outfit garnered mainstream press attention when it emerged that the Public Investment Fund (PIF) of Saudi Arabia – chaired by crown prince Mohammed Bin Salman – was on the verge of a £300 million takeover of English football club Newcastle United.

Any potential Premier League owner or director must pass a test which can be failed if a crime has been committed domestically or internationally, and that false, misleading or inaccurate information cannot be included.

The potential takeover has been slammed by Yousef al-Obaidly, CEO of beIN group, who previously sent a letter to the Premier League clubs’ chairmen to highlight the impact that Saudi Arabia has had not only on itself but to the league. In it, he condemned the takeover and said that “the legacy of [beoutQ] will continue to impact you going forward.”