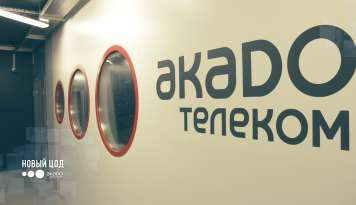 Akado’s current owner, Viktor Vekselberg’s Renova Holding, has sold a 51% stake in the operator to Mayorets while retaining the remaining 49%.

Mayorets, who served as director of mergers and acquisitions at Renova Group itself until 2018, is also the 80% owner of MTV Networks East through another vehicle, Legacy Media.

His ownership of a majority stake in the MTV holding company is a legacy of the Russian media law of some years ago that barred foreign ownership over 20% of Russian media companies, and Mayorets’ acquisition of the stake reportedly came about after Vekselberg and Renova decided ownership of content was not core to its business.

Renova has repeatedly tried to sell Akado, which provides services under the Comcor name, which it does not consider core to its business, for several years, without success. Potential buyers that have come and gone include service providers Megafon, Rostelecom and ER-Telecom.

Comcor reported revenues of RUB9.73 billion last year, down by 5.7% year-on-year in a highly competitive market.