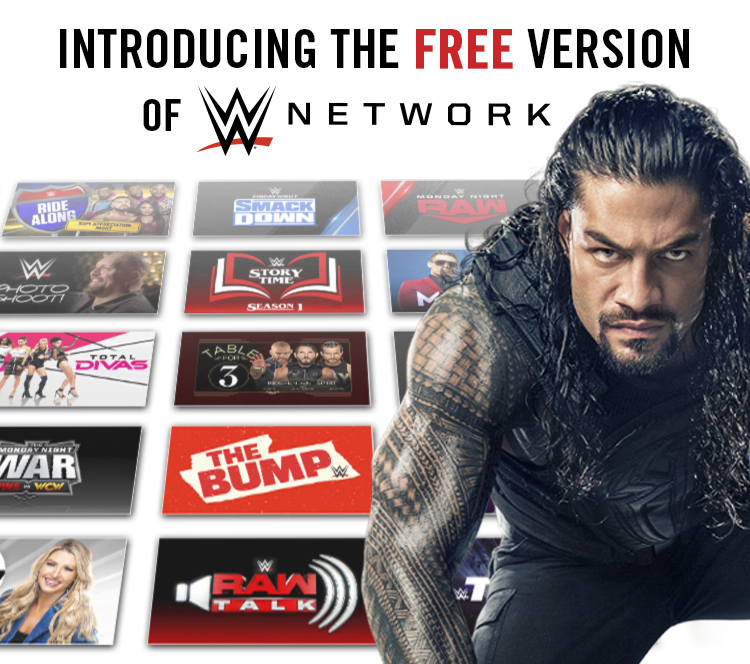 The service initially launched in 2014 and made waves as one of the first prominent sports streaming platforms. It also effectively killed off the pro wrestling business’s model of selling Pay-Per Views, with a monthly subscription costing significantly less and being far more accessible than cable.

While these monthly PPV events are the main draw of the service, WWE Network has developed a vast content library of professional wrestling and documentary content made up of more than 15,000 titles.

Now, six years after the Network’s initial launch, the outfit has launched a free version of the service which promises to “unlock a vast portion of its content library… for free, no credit card required.”

While it does not offer the live PPVs, the free tier does include select historical WWE pay-per-views and NXT TakeOver events, along with recent episodes of WWE’s flagship programmes Monday Night Raw, Friday Night SmackDown and NXT. It also has a number of original series made for the platform.

The wrestling outfit will hope that the launch of this free tier will entice viewers into paying for the service which, despite being an early pioneer, saw subscriber numbers drop by 10% to 1.42 million in Q4 2019.

Jayar Donlan, WWE Executive Vice President, Advanced Media, said: “The launch of WWE Network’s Free Version is a key component of our company’s digitization strategy and a new way for all fans to be able to experience premium WWE content. As we continue to reimagine WWE Network’s offering, the Free Version will serve as an effective way to reach a broader group of consumers and allow them to experience the history and spectacle of WWE.”

A move to a multi-tiered structure has long been touted for the network, with a customer survey mentioning the idea as far back as 2018.