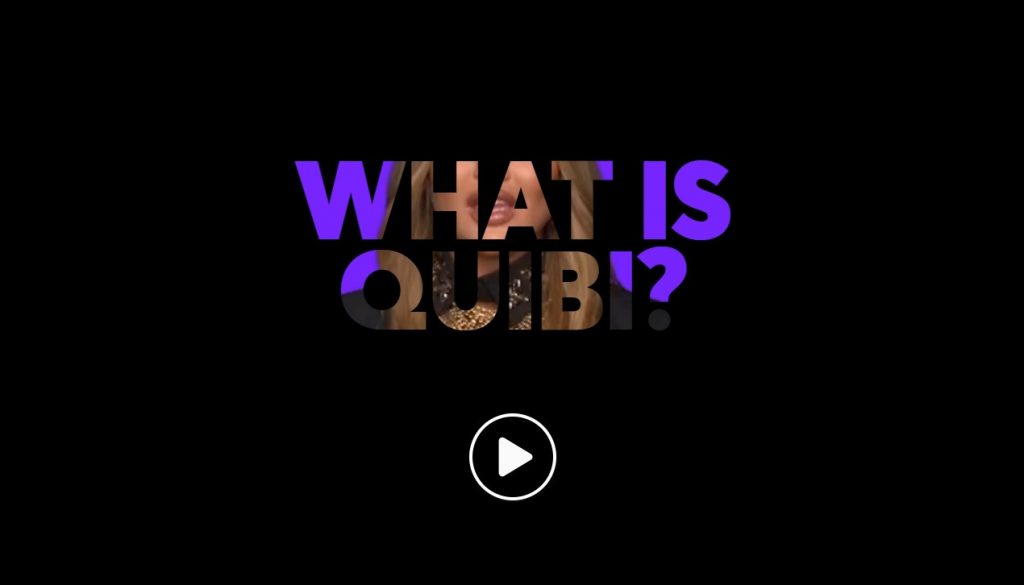 Users of big budget short-form streamer Quibi can now watch videos from the app on their TVs.

Tweeting on May 27, Quibi’s product, design and engineering lead Tom Conrad said that “Sure we designed Quibi for on-the-go, but these days visiting the family room is like a day trip… so AirPlay support is live for iOS in Quibi 1.3.”

He added that Chromecast support will be added in June.

Quibi has poured millions into premium short-form content in a move to create a compelling product that customers will pay to use rather than opting for similar length videos on YouTube and Instagram. This focus on prestige has been reflected by recent news that it has submitted 19 shows for the 2020 Primetime Emmy Awards.

The service initially launched with the promise of being mobile only and designed for a life on the move. However, given the lockdown measures which have engulfed much of Quibi’s home of the US – a situation which Jeffrey Katzenberg recently described as “the opposite” of what Quibi was designed for – the company has scrambled to make it accessible on a bigger screen.

In an interview with the New York Times following the service’s launch, CEO Meg Whitman said: We had always planned to be able to cast to your TV, so we’re going to see if we can accelerate that in the engineering roadmap. We’ll eventually get there, but it was never a part of the launch. If we had known about COVID, maybe it would have been.”

The app launched with 2.7 million downloads in its first fortnight and the offer of a 90-day free trial, but Katzenberg has since admitted that uptake of the service which was heavily marketed in February’s Super Bowl has been “not close to what we wanted”.

Quibi was also engulfed in controversy shortly after launch when it emerged that it had been leaking user data to advertisers and trackers without user permission. The company said that the issue has since been resolved.