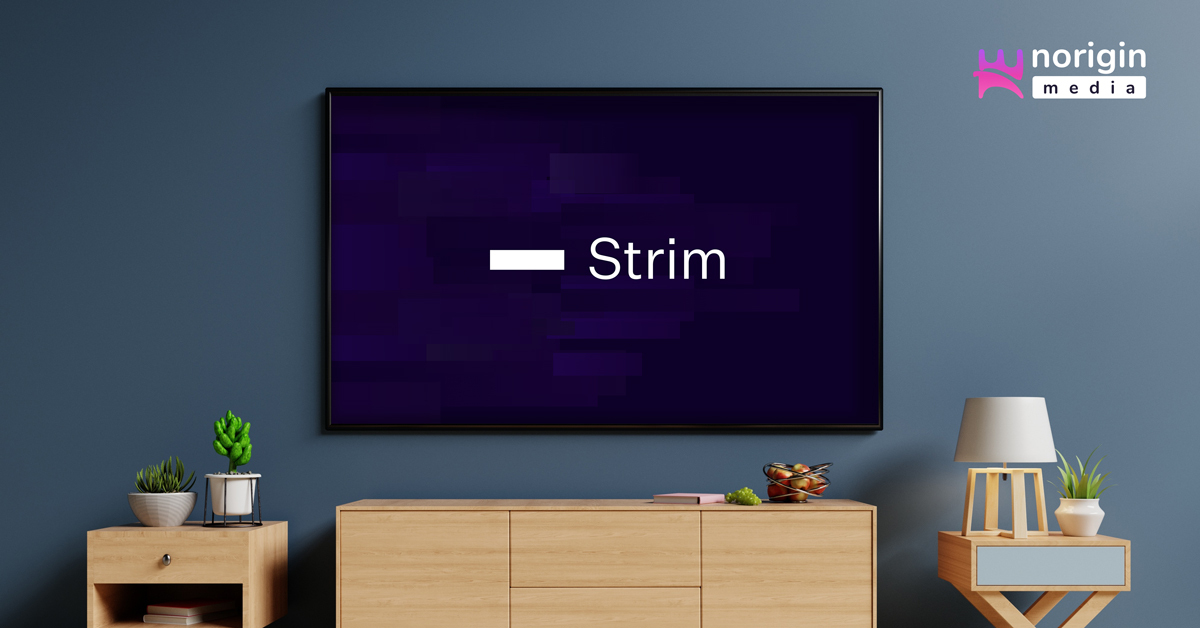 Strim offers most Norwegian linear TV channels as well as video on demand content. Some packages also include HBO Nordic, Paramount+ and Viaplay.

The streaming service is the first in Norway to aggregate content from multiple OTT services and broadcasters, eliminating the need for users to purchase and manage several streaming subscriptions. RiksTV is owned equally by both national broadcasters in Norway, NRK and TV2.

Currently available on PC and Mac, Android, and iOS and TvOS devices, Strim will soon launch on smart TVs, using Norigin Media’s TV App framework and development services. The framework is supported by manufacturers of Smart TVs and console, including Samsung, LG, Philips, Sony and PlayStation.

“We saw a great need for Strim to be available also on Smart TVs, which are fast becoming the chosen method of streaming television. We’re glad to collaborate with Norigin Media to expand the reach of our OTT service into all living rooms in Norway. We chose a partner with a high level of expertise on these devices and great references from other broadcasters and pay TV operators,” says Jérôme Franck-Sætervoll, CEO of RiksTV.

“Norway has one of the highest internet user penetration rates in Europe, despite its complex infrastructure due to its high mountains and cold temperatures. Strim will make television more widely available to anyone, regardless of whether they’re at home or at the cabin,” says Ajey Anand, CEO of Norigin Media.