Discovery’s Dplay to launch in MENA via Starzplay 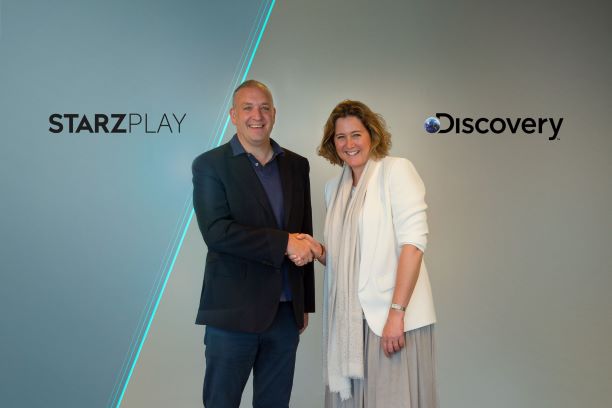 Discovery MEA and Starzplay have signed a deal to bring the former’s OTT service Dplay to the MENA region.

Dplay will launch through the Starzplay platform, adding thousands of hours of content from its global franchises such as Shark Week, MythBusters and Say Yes to the Dress.

Launching in Q2, Dplay will launch with a free trial period of up to one month (varies from country to country) and then cost AED/SAR15 (€3.68-3.60) per month. It will be offered as an add-on package for current and future Starzplay subscribers.

This marks the platform’s first expansion outside of Europe. It follows launches in the UK and Ireland in 2019, along with 10 other countries in the continent.

Amanda Turnbull, general manager, Discovery Middle East & Africa, said: “This is the first time Discovery is taking its fantastic content beyond the pay tv universe in the region and opening it up to a whole new customer base. We’re always looking for new ways to deliver our content to fans, getting it in their hands exactly how they want it – and this partnership with Starzplay is a prime example of how we’re continuing to evolve our offering to build on Discovery’s existing success. As we commence our pivot toward digital, this milestone sets the benchmark for Discovery’s continued growth in the digital space.”

Danny Bates, chief commercial officer, Starzplay, said: “As the leading video streaming service in MENA, we have established ourselves as the platform with the most comprehensive distribution reach and payment network. With this partnership we are starting a new chapter in the company’s growth to become the one stop shop for premium content. Discovery has best-in-class factual content which our subscribers would love to consume.”

This expansion also aligns with the comments made by Discovery CEO David Zaslav, who earlier this year said that the company would look to bring Dplay to new markets and “play a bit more offensive” in the OTT market.