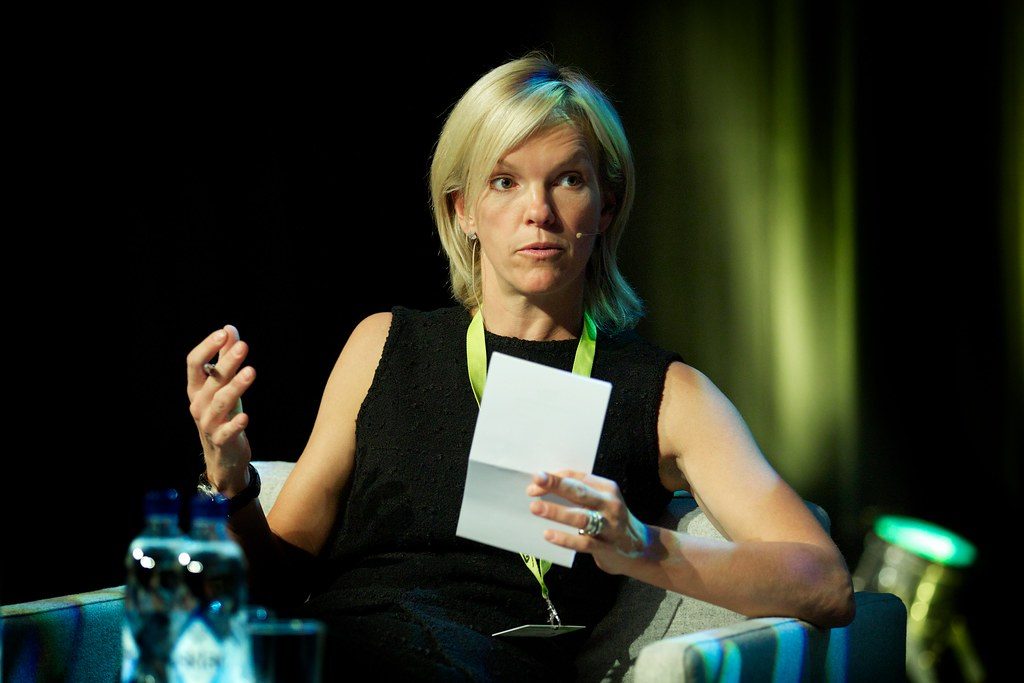 Murdoch most famously was the head of production company Shine UK and sold shows to the broadcaster including Masterchef. She also co-founded Sister, which produced the Sky/HBO hit series Chernobyl. Within her father Rupert’s media empire, she held roles at FX and BSkyB.

Now, according to a report from i, the 51-year-old Murdoch is one of the leading candidates for the post soon to be vacated by Hall.

The paper reports that Murdoch’s name is being floated along with BBC director of content Charlotte Moore, former BBC 1 head Jay Hunt, ITV CEO Carolyn McCall and Channel 4 CEO Alex Mahon. It is believed that the BBC board is “almost certain” to appoint its first female director general.

Murdoch would be a popular pick with Conservative government officials who have spent months rallying against the pubcaster, though the paper also reports that Downing Street’s preference would be Rebekah Brooks, CEO of News UK.

Despite this, Murdoch has distanced herself from News UK’s outspoken stance against the BBC. She has said that the licence fee is “a strategic catalyst to the creative industries of this great country”, but called on the BBC to show “how efficiently that funding is being spent on actual content.”

Murdoch’s appointment to the position would be nothing short of controversial and while she has a proven track record in the industry, she has – unlike most of the potential candidates – never held a position at the pubcaster.

From a PR perspective, appointing a Murdoch (even one with more moderate views) would be seen by many as a concession to the vocal critics of the broadcaster on the conservative right. It’s worth noting that significant figures on both sides of the spectrum have alleged political bias against the BBC.