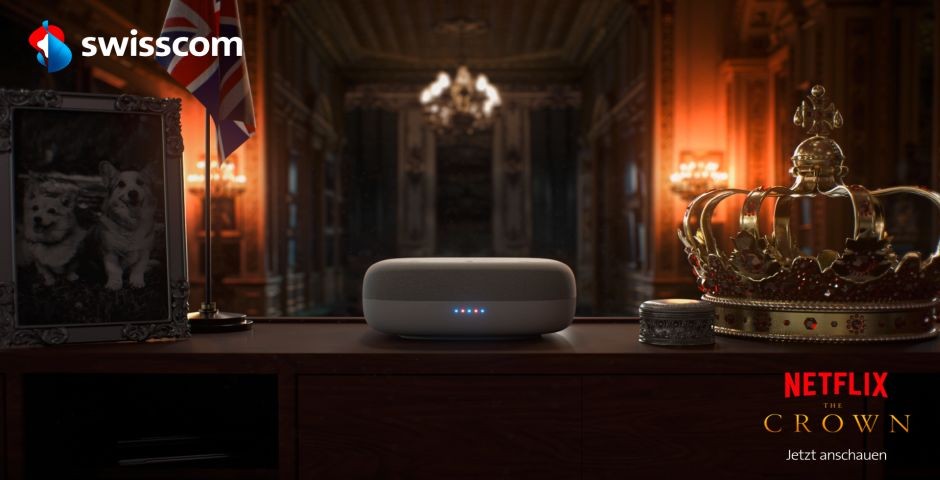 Swisscom is launching a new TV package that incorporates Netflix at a discounted price.

The new offering, Swisscom TV X, will include Netflix’s standard HD package alongside a large number of pay TV channels, ,seven-day catch-up TV and 1,200 hours of recording time for CHF50 (€47) a month.

For an additional CHF5 a month, customers can upgrade to Netflix Premium, allowing them to stream content from the SVOD giant on four devices at the same time in UHD and HDR quality. Swisscom’s TV box supports the Dolby Vision HDR standard used by the streamer.

Swisscom customers who already take Netflix independently, can switch to Swisscom TV X without the need to change their Netflix account.

Swisscom’s UI incorporates Netflix programming alongside its own TV programming. The telco said it was working on further innovations with the streaming giant.

The new package will be available from Monday on the Swisscom Box and UHD box as part of the operator’s inOne home subscription.

At the end of February, the UHD box will be upgraded to Swisscom’s latest in-house operating system, Entertainment OS4, offering the benefits currently available via the Swisscom Box including voice assistant. The upgrade will also make Netflix content available to watch direct from the home screen.

Swisscom launched its TV Box in November last year, tapping technology from Synaptics, with the intention that it should serve as a smart home control centre with an integrated voice assistant.

The box comes with a voice assistant that can be used to control the TV, including switching channels, launching an app, searching for content to activating the radio function or launching a Spotify playlist.

The TV box can be integrated with Swisscom’s new Internet-Box 3 which is one of the first deployed routers to support the new WiFi 6 standard, delivering up to 4.8Gbps around the home.

The operator also launched Entertainment OS4, the latest iteration of its in-house operating system, in November.