SVOD subs to increase by six times in Africa

Revenues from African SVOD services are set to skyrocket over the next five years.

According to a new study from Digital TV Research, revenues will reach US$1.06 billion by 2025, up from US$183 million in 2019. This includes the likes of native streamers iRoko and Showmax along with big international players from Disney and Netflix.

In total, subscriber numbers during this period will increase from 2.68 million to 9.72 million.

At the end of 2019, six platforms accounted for 86% of the region’s subscribers, with this proportion predicted to increase to 94% by 2025. 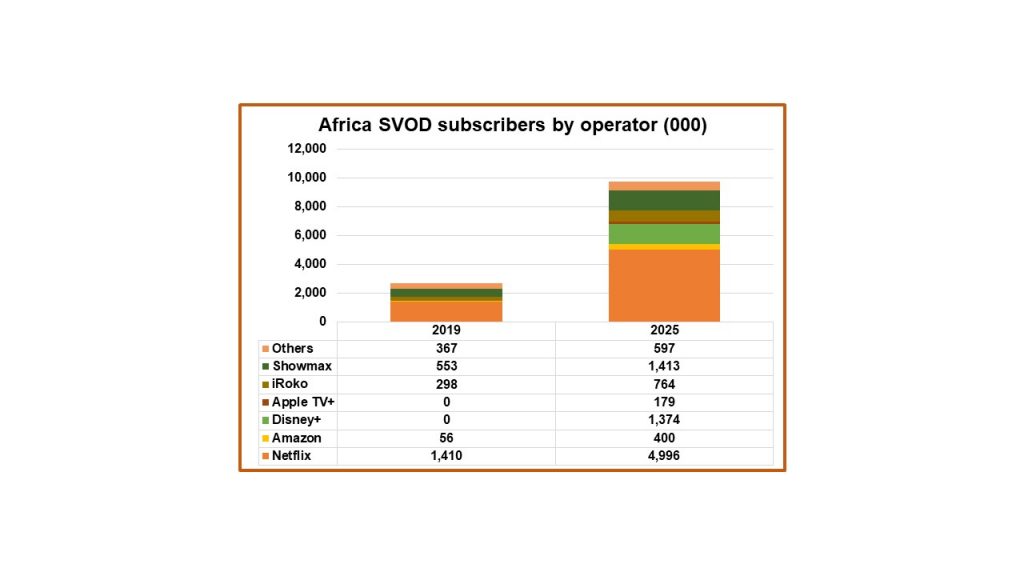 Showmax, which already has millions of users, only has a small proportion (553,000) as paying subscribers. Paying subscribers are expected to more than double to 1.41 million by 2025. The report notes that many more will receive the service bundled into their satellite TV subscription.

The report also notes that HBO Max is unlikely to launch in Africa because MultiChoice – operator of the DStv Satellite Television service in sub-Saharan Africa – has a distribution deal with HBO.

Simon Murray, principal analyst at Digital TV Research, said: “Over the last year, there has been a shift from cheap, local platforms towards the multinational players. This means higher revenues as their prices are higher than local players, but it also keeps subscriber numbers low.”