France Télévisions director-general Delphine Ernotte has indicated that she will seek a two-year extension to her appointment at the helm of the pubcaster when her current mandate expires in August. 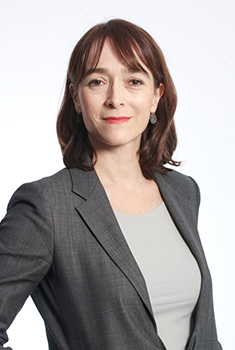 Speaking to France Télévisions employees, Ernotte said that she would seek an extension to provide continuity during the implementation of the country’s current reform of its audiovisual law.

French media regulator the CSA will oversee the appointment of whoever becomes chief executive of the broadcaster during the first half of this year, with a shortened two-and-a-half year mandate as a result of the audiovisual law reform, which was announced by the government at the end of last year and is set to be considered by the French parliament in April .

Under the planned reform, French public media, including France Télévisions, will be placed in a common holding company, France Médias.

The public broadcaster faces a period of huge change during the period in which the reform will be implemented. Earlier this week it confirmed that kids and youth channel France 4 and overseas channel France Ô will close down on August 9, ahead of the customary post-holiday season launch of new programmes.

The decision to close the services was announced by culture minister Franck Riester in July of last year.

France Télévisions projects for the coming year include the launch of Salto, its joint SVOD project with commercial broadcasters TF1 and M6, as well as the ongoing development of new digital projects such as kids platform Okoo, which will effectively replace France 4.