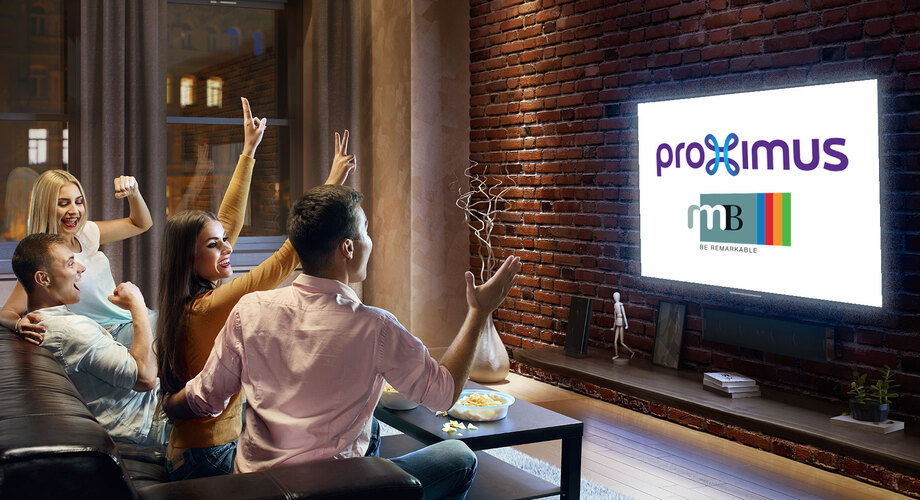 RMB will use the Proximus platform to launch targeted ad campaigns from the first quarter of next year.

The deal comes as Proximus is preparing the commercial launch of its platform for addressable or targeted TV advertising, allowing media agencies to address advertising campaigns on TV according to the profile and interests of the viewers.

The agreement, which follows a test phase of the Proximus service, enables RMB to use Proximus’s platform to launch, manage and report on targeted TV campaigns on any screen – television, PC and smartphone – on both live broadcasts and catch-up TV.

Proximus said it was planning to sign an agreement with other media agencies in the near future.

Massimo Papa, deputy general director of RMB, said: “We are very pleased that we can finally announce this milestone, and we thank the teams at Proximus. We are convinced that this technology – fully in line with our brand positioning ‘Be Remarkable’ – will give a boost to creative ideas in our sector, and is a good preparation for a world of ‘less but better advertising’.”

Yves Gérard, CEO of RMB, said: “The TV advertising models we have been working with since time immemorial and which form the basis of our present commercial models are evolving and are being superseded. The technology that Proximus is developing is the sector’s right response to this evolution and I look forward to RMB becoming one of the pioneers of addressable advertising in Belgium.”

Bart Swimberghe, Head of Proximus Smart Advertising, said:  “This is an important step in offering addressable TV and we are very pleased that we can make this step in cooperation with RMB. It is a first for the French-speaking part of Belgium, and we have the ambition to extend our offer to the entire country in the near future.”