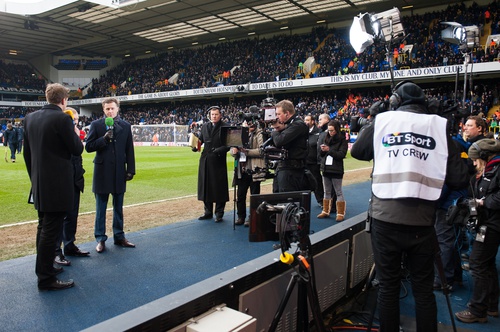 In a first for the broadcaster, the UK’s BT Sport is to offer a no-contract monthly pass for £25 (€30) that enables users to view a range of sports without the need for a long commitment.

Available from today, BT Sport Monthly Pass lets any user buy and watch BT Sport on a month-by-month basis. The pass will offer every UEFA Champions League match live, weekly live matches from the English Premier League, as well as Gallagher Premiership rugby matches every weekend alongside other sport.

Monthly Pass customers will also be able to watch the BT Sport Ultimate channel, which broadcasts selected programming in 4K UHD and High HDR via a range of devices, at no extra cost.

The pass is available via the BT Sport App on Apple and Android mobile devices, online via btsport.com, Sony PlayStation 4, Apple TV, Samsung smart TVs, Xbox One and Chromecast.

The pass will offer 14 live Premier League matches including all nine matches from the New Year’s Day fixture list, the final group stage games of the Europa League, four matches from the third round of the Emirates FA Cup, live coverage of Gallagher Premiership rugby and every match live from two further rounds of the Heineken Champions Cup before mid-January

Wrestling will also be available when BT Sport becomes the new home of WWE in the UK and Ireland from January, along with boxing from the stable of Frank Warren fighters.

The launch of the pass comes at a time when the marketing of sports rights in the UK has become more competitive, with Amazon recently entering the market with its own Premier League offering. The £25 price point is markedly below the price of Sky’s Now TV £33.99 monthly sports pass, and is the same price as the BT Sports package on Sky.

Pete Oliver, managing director, marketing for BT’s consumer division, said: “BT Sport Monthly Pass means that customers can sign up on a flexible monthly basis for the first time and make the most of all the fantastic live sport that we have to offer. And with BT Sport Ultimate included, we’re giving customers the very best possible viewing experience. Monthly Pass forms part of BT’s ambition to offer BT Sport customers’ unrivalled choice and the highest quality broadcasts on even more devices and platforms.”