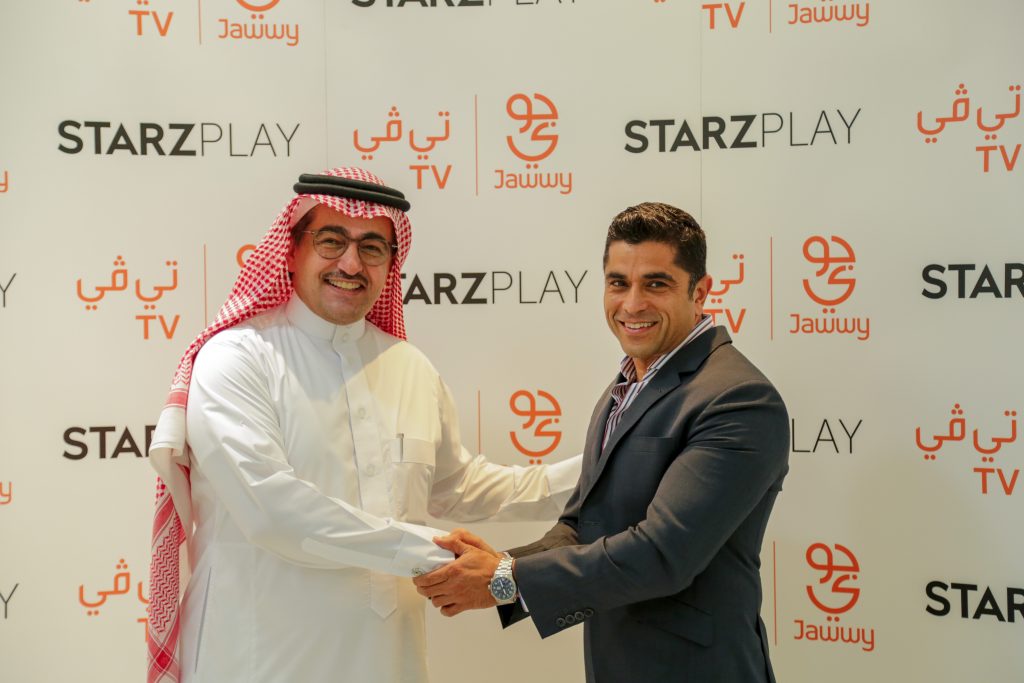 SVOD Starzplay has announced a multi-year deal with Saudi Telecom Company (STC)-owned Intigral, renewing its agreement with the telco for the second time.

The deal sees Starzplay’s full service and content library available to STC’s broadband users along with subscribers to its Jawwy TV OTT platform.

Starzplay, owned by Lionsgate, is available in 20 countries across the Middle East, North Africa and Pakistan. It offers more than 10,000 hours of premium movies, exclusive series, Bollywood movies as well as Arabic series. It is the leading streaming platform in the MENA region, having topped 1 million subscribers at the beginning of 2019 and adding 200,000 subs in the most recent quarter.

OTT is still an emerging force in the region, with IHS Markit estimating that the total number of subscriptions to all service at the end of 2018 standing at 1.78 million

Maaz Sheikh, co-founder and CEO at Starzplay, said: “This is a significant deal for STARZPLAY as we renew our arrangement with STC/Intigral once again in the provision of content to their Saudi customers. This is a positive indication of the increasing level of appetite we are seeing right across the region, and in particular in Saudi Arabia, for high quality content that can be accessed easily via existing telco subscriptions.

“As a business, one of our USPs since the outset has been our ability to secure similar deals with leading telcos to ensure we tap into an existing customer base and bring added benefits to the end user, such as flexible payment options in a territory with relatively low credit card penetration.”

Speaking to Digital TV Europe earlier this year, Sheikh emphasised the importance of the Gulf States to the company, saying that 80% of its revenue comes from the region. This is despite the fact that North Africa provides 30-35% of its subscribers.

Hamoud Al Rumayan, CEO of Intigral, said: “Through Jawwy TV, Intigral continually strives to offer the best entertainment content and an outstanding viewing experience to its subscribers in aims to stay abreast with the increasing competition and position Intigral as a leader in the regional digital entertainment market. I am confident that our partnership with Starzplay will continue to add value to our platform, we are excited for the upcoming content that will result from this collaboration”.

Intigral, established in 2009, has emerged through the Kingdom’s ‘Saudi Vision 2030’ plan to make the country more attractive to tourists and foreign businesses.

One such example of this is the revamped Spanish Super Cup, which will be hosted in Jeddah in January 2020 and a 10-year multi-event deal with the WWE.

The former however has come under scrutiny in Spain, with public broadcaster RTVE confirming that it will not bid for the tournament’s rights over human rights abuses in the Kingdom.