Disney+ stumbles out of the gates with technical issues 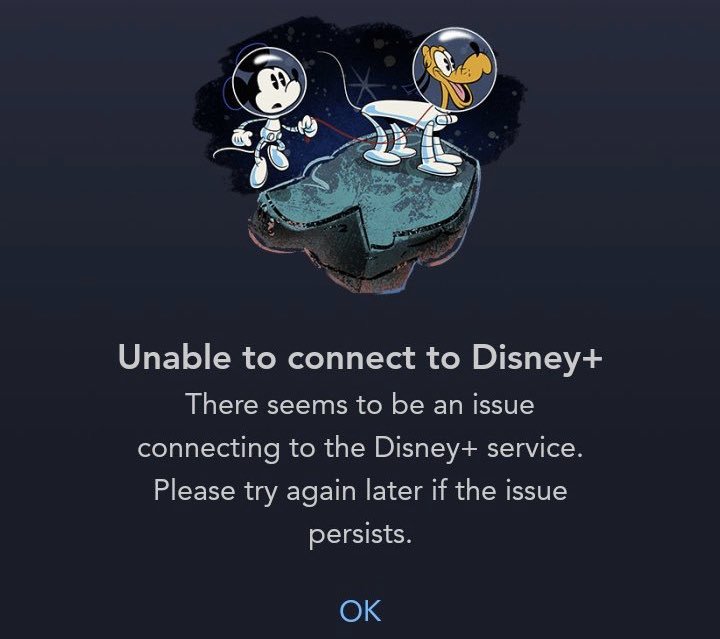 With Disney+ now out in the open, the much-hyped service has experienced a somewhat tricky launch day, with many users in the US, Canada and The Netherlands struggling to connect to the service.

Many deflated users took to Twitter in order to air their grievances. Some posted sarcastic remarks such as: “With #DisneyPlus, you too can stream all your favorite Disney titles, like “Content Not Available Right Now”, “Unable to Connect”, & “Please Try Again Later””; while others were less forgiving.

Former Ticketmaster CEO Nathan Hubbard meanwhile posted his sympathies for the engineering team behind the service, tweeting that there is “no way” of preparing for such a massive launch: “Being thrust into instant scale with massively high biz and consumer expectations at launch is brutal, even if required. Simply no way to test all the concurrent edge cases with that much water running through the pipes.”

Following several hours of connectivity issues, the company tweeted: “The consumer demand for Disney+ has exceeded our high expectations. We are working to quickly resolve the current user issue. We appreciate your patience.”

Disney will be disappointed by the service’s rocky start, especially considering that Kevin Mayer, chairman of Disney’s direct-to-consumer streaming business, had recently touted that the company was confident of avoiding any such issues. Speaking at a media event last week, he said: “The Netherlands was a great test. We wanted to have a sufficient number of users so that we could see how the app performed, what technology glitches might exist.”

The silver lining for Disney is that the product has obviously proved to be very popular on day one with very high demand.