Danish cable operator Stofa has finally launched its long-awaited Android TV-based set-top and has signed a new partnership agreement to include HBO Nordic in its TV offering. 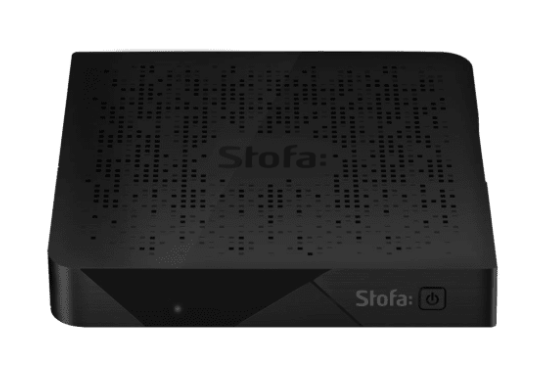 Stofa said that the new Stofa TV box, the launch of which had taken considerably longer than expected, would gather all its entertainment services, including streaming services as well as TV channels, TVOD and catch-up TV in one place.

Stofa initially unveiled plans to launch an Android TV-based box two and a half years ago, in partnership with Kaon Media of Korea and France-based software provider iWedia. Stofa also tapped Irdeto to provide security for the service.

“It has been very important for us to ensure a good user experience when the customers get the TV box in their hands. It is no secret that it has taken longer than expected to get the TV box ready for the market, but we have taken advantage of the extended production time to create a better product that we can be proud of. And this is also the feedback we have received from the first customers – that it is a strong product we are presenting to the market,” said Sune Nabe Frederiksen, CEO of Norlys Digital, of which Stofa is a part.

“At Stofa, we have an ambition to bring the best technology to our customers. Along with other major TV operators in the world, we have chosen Android TV. We have chosen Google’s technology, and we have partnered with one of the world’s leaders in the entertainment universe of the future. It is an open platform that will provide endless opportunities in the future, both in relation to what Stofa itself develops and in relation to what is being developed by services worldwide.”

Stofa has also struck a new partnership agreement with HBO Nordic, bringing integrated access to shows such as Game of Thrones, Vikings, The Handmaid’s Taleand Big Little Liesto its customers.