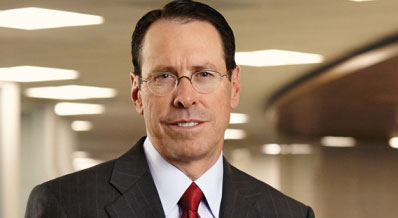 On the eve of WarnerMedia’s big HBO Max presentation, AT&T CEO Randall Stephenson has touted the “unique” offer of the new premium SVOD.

Speaking during the company’s Q3 earnings call, the CEO said: “This is a product that’s going to be very different from anything else that you’ve seen in the market so far. This is not Netflix, this is not Disney, this is HBO Max, and it’s going to have a very unique position in the marketplace.”

Stephenson also confirmed earlier reports that the company is forecasting 50 million US subscribers over the first five years of the product’s life.

With the streamer set to sit alongside the company’s AT&T TV product (formerly DirecTV Now), Stephenson refuted suggestions that there could be any form of cannibalisation across the product portfolio. He argued that rather than cannibalising one another, the product simplification will lead to HBO Max as “our SVOD product of the future” and the traditional satellite “which will be there for a long time”.

In terms of financing HBO Max, AT&T plans to invest between US$1.5-2 billion in 2020, with further investments of US$1 billion per year for the following years. He added that the company does not expect HBO Max to see profitability until 2024.

During the call, Stephenson was reluctant to dive too deep into HBO Max, saying that he didn’t want to “steal [John] Stankey (WarnerMedia CEO) and his team’s thunder on this” ahead of the October 29 presentation on pricing, availability and further details, but simply surmised that “HBO Max becomes the SVOD platform for AT&T as we move forward into the future.”

AT&T has also bowed to pressure from activist investor Elliott Management, announcing a three-year strategic plan that will consider selling up to US$10 billion worth of non-core businesses in 2020, pay off all its debts from the acquisition of Time Warner and hire two new board members.

Elliot Management, led by billionaire Paul Singer, bought a US$3.2 billion stake in AT&T earlier in 2019. The firm has been critical of AT&T’s acquisition strategy, particularly showing concern over the lack of returns from the acquisition of Time Warner, and has bemoaned the organisation’s bloated costs and leadership structure.

Adding to the board will be Bill Morrow, who joins as a special adviser and managing director of process service and cost optimisation. Morrow has served as Vodafone Europe CEO and CEO of Australian national broadcast network NBN_Co.

The second board member – to be named in 2020 – will come from a more traditional media background.

Speaking on AT&T’s relationship with Elliott Management, Stephenson said: “These are smart people, and they very much understand the tremendous opportunity we have to create substantial shareholder value. As we move forward in the coming months, the board and I look forward to continuing our close collaboration with Elliott on strategy, operational initiatives in our portfolio and to see through the value-enhancing steps that I’ve laid out today.”