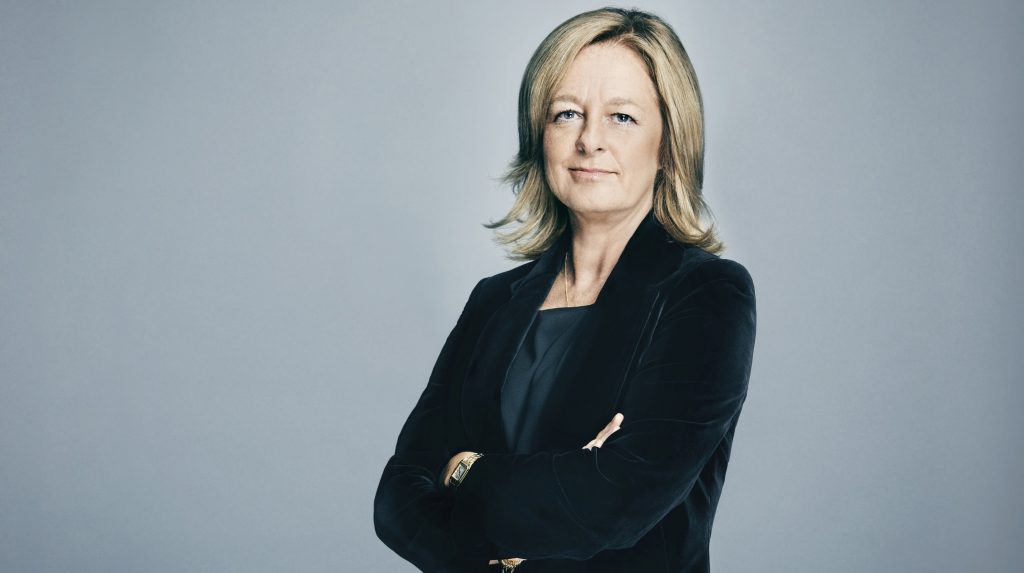 Swedish Telco Telia has announced the appointment of Allison Kirkby as president and CEO.

Kirkby (pictured) will replace outgoing CEO Johan Dennelind, who will take up the mantle of CEO at Emirates Integrated Telecommunications Company, better known as Du. Dennelind will depart in February 2020, with Christian Luiga as acting president and CEO until Kirkby takes over in Q2.

The incoming CEO has held a variety of roles in the telecommunications industry, most recently as group CEO and president of TDC group.

Marie Ehrling, chair of the board at Telia said:  “Telia Company’s Board of Directors is today very happy and proud to announce that Allison will become President and CEO of Telia Company. Allison possesses all the qualities that has been on our list of requirements during the recruitment process. She has a solid industry experience from both telecom and media, a strong drive to implement change, a visionary approach and a strong focus on growth.

“Furthermore, Allison has in her career shown a powerful leadership that engages and inspires. That is a prerequisite to successfully implement the formative changes that Telia Company is currently undergoing with regards to new business models, new ways of working and rapid technology development. Allison will drive Telia Company further in the company’s ambition to be the leading operator in the Nordics and Baltics.”

Kirkby said: “I’m delighted and extremely honored to be appointed president and CEO of Telia Company. Given its unique assets, scale and leadership position, Telia Company has the ability to be a role model for the global telco industry and bring the benefits of digitalisation to all its stakeholders, especially its customers and owners. I am really looking forward to getting to know the Telia team as we work together to take Telia Company forward.”

The announcement comes several days after the company announced the appointment of Lars-Johan Jarnheimer as chair of the board, replacing Ehling.

The move came as something of a surprise to the outgoing chairperson, who told Swedish news agency TT: “I had envisaged staying on until April and now that is not happening, and that is something I have to accept.”

The company is undergoing a significant spate of transition, with Telia withdrawing from central Asia in order to focus on the Nordics and Baltics. It announced a bid for TV4-owner Bonnier Broadcasting in 2018, though the deal is currently under scrutiny from EU regulators. This is largely due to the fact that the Swedish government, which owns 39% of Telia’s shares, is also operator of PSB SVT.