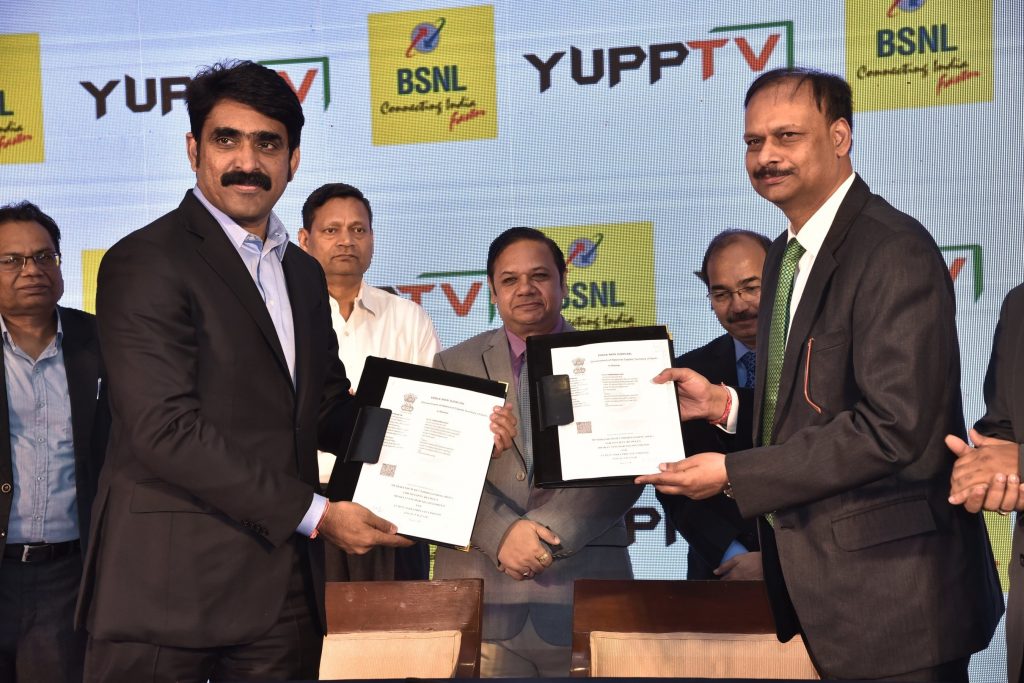 Under the deal, the pair will offer video and broadband technology services for mobile and fixed line.

YuppTV, which recently announced the acquisition of rights to the BCCI home season, is a leading internet pay TV platform for Indians living abroad and is the largest internet TV platform for premium content in India. It is the most downloaded Indian smart TV app and has been downloaded by 13 million mobile devices.

Uday Reddy, founder and CEO of YuppTV, said: “We are glad to join forces with an industry incumbent like BSNL. Following the association, we have an opportunity to leverage the vast network cultivated by BSNL and bring forth superior technology products and features to a burgeoning user base.

At YuppTV, we are determined to democratise access to cutting-edge entertainment solution through simple yet effective and innovative technology. We look forward to a long-term association and an affirmative response from BSNL’s extensive user base.”

Shri Pravin Kumar Purwar, CMD of BSNL, said: “As a pioneer in the OTT space for 10 years, YuppTV has been quick to evolve with the changing times, leveraging disruptive technology for providing superior digital and video entertainment products and services such as Live streaming or catch-up TV or exclusive Originals. We are glad to associate with YuppTV to provide an impressive value proposition for consumers in India.”

BSNL is in the midst of ongoing decline, with Indian Television pointing out that it has been “making losses continuously since 2009-10”.

Such is the concern that local paper Financial Express recently reported that the finance ministry was considering shutting down BSNL. This was swiftly denied by Telecom secretary Anshu Prakash, who issued a statement saying: “News reports emerging of government thinking of shutting down the operator are not true. Recently there has been (an article) published in the media about closure of BSNL. In this regard, it is clarified that there is a plan under active consideration for revival of BSNL by the government by giving suitable package in terms of VRS and 4G spectrum and allowing monetisation of assets available with BSNL.”

This is also set against a backdrop of BSNL unions threatening a hunger strike after the company repeatedly delayed paying salaries. As per BusinessLine, the unions delayed the strike last week following a meeting with company execs who promised to pay September salaries by October 23.