Over a fifth of TV households are SVOD subscribers 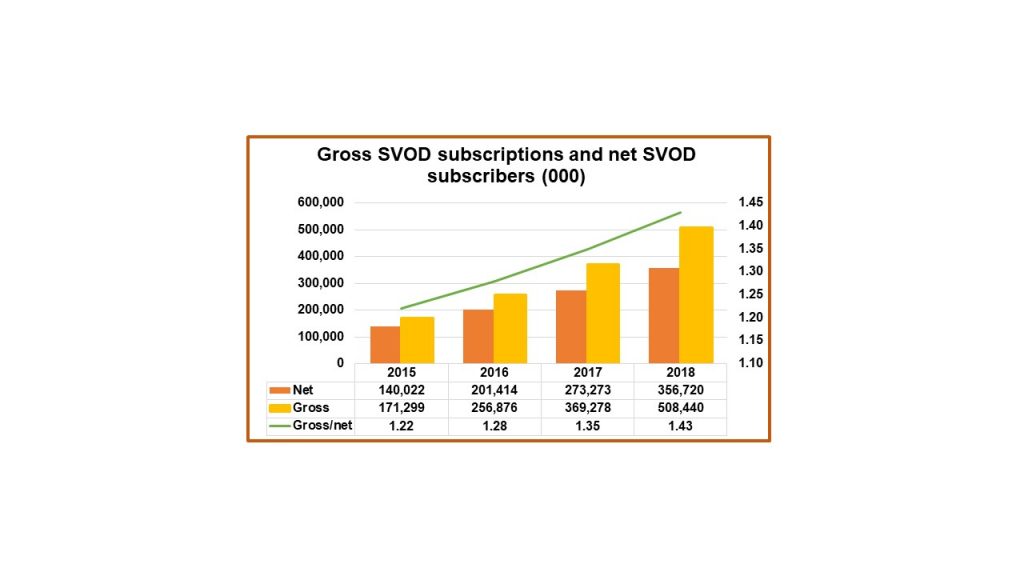 Subscriptions to video services such as Netflix and Amazon Prime Video saw a significant increase over 2018.

According to a new report from Digital TV Research, gross SVOD subscriptions increased by 139 million in 2018 to 508 million, representing a year-over-year increase of 38%.

The net subscriber count rose by 83 million in the year to reach 357 million, an increase of 31%.

The report also found that eight countries had more than 10 million SVOD subscriptions, collectively making up 80% of the global total.

Simon Murray, principal analyst at Digital TV Research, said: “China and the US together accounted for 63% of the global total in 2018. China overtook the US in 2018 to become the gross SVOD subscription leader. China added nearly 60 million subscriptions in 2018 alone, with the US up by 27 million (despite its relative maturity). India nearly doubled its subscription base.”