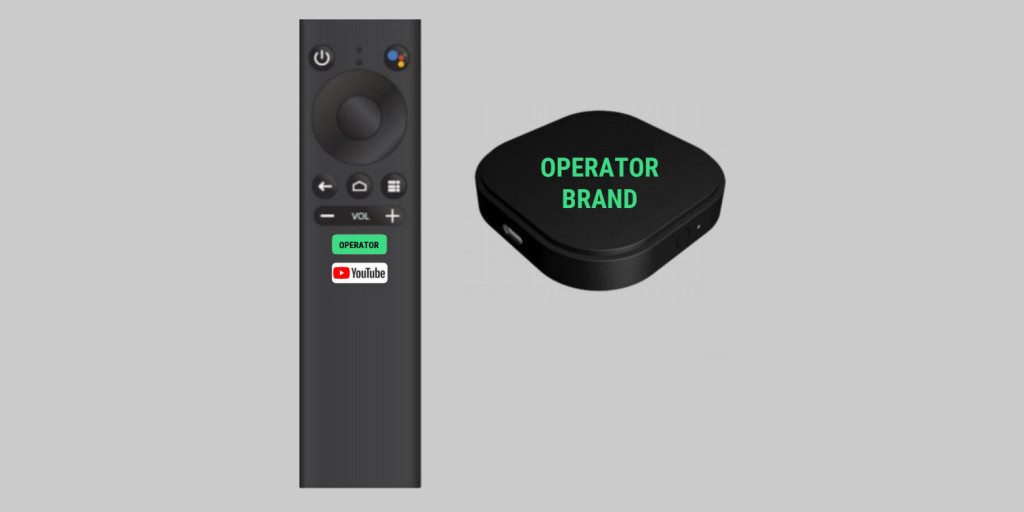 The hardware is basic with room for branding on both the remote and the box itself. Specs-wise, the dongle is equipped with USB-C, a quad-core processor, dual-band Wi-Fi and Bluetooth 4.0.

Wu added that the device is being designed and developed by Google with standard software updates, and that it comes “pre-certified with popular OTT services” such as Netflix and Google-owned YouTube.

Also during the presentation, Google showed off a new hybrid-STB reference design.

This production-ready board is, according to Wu, designed to “standardise the form factor to ease upgrade efforts”. It has an Amlogic CPU and includes a Bluetooth remote.

While both are designed to improve an operator’s speed to market, the hybrid-STB reference design enables more flexibility for a full STB, but requires more work on the part of the operator.

During the conference, Govil-Pai added that Android TV is seeing a great amount of success with over 1,000 streaming content providers and partnerships with over 140 operators in more than 60 markets.