Streaming TV technology provider Wurl saw a 38% increase in revenue in Q2 of this year over the first quarter, which it said was down to growth in connected TV and free ad-supported TV (FAST) channels and platform.  The company did not publish its actual top line numbers, however. 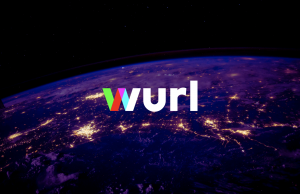 In Q2, Wurl said it launched over 274 new FAST channels, which the company claimed as a new milestone. Nearly 1,200 channels are now being distributed to CTV and FAST platforms around the world.

Wurl’s AdSpring service, which manages the routing of ad requests, targeting, insertion and measurement, saw impressions rise by 43% in Q2 compared to Q1, according to the company.

CTV and FAST platforms that began integrations with the Wurl network in Q2 included Xiaomi, Zeasn, and Tubi.

“New channel launches are the main reason for our overall growth; attracting new viewers, driving up hours of viewing and attracting more advertisers. Most channel launches came from our top 50 customers, who are building on their initial success and are expanding globally. They know we have a proven track record of deploying quickly to accelerate the revenue generating potential of their content,” said Sean Doherty, CEO, Wurl.

“The Wurl Network provides connectivity for any content company or streaming application to become part of the global television backbone that we’ve created. Since our launch in 2017, we’ve been adding new services that run on the Wurl Network and make our network more useful and valuable for everyone. We have much more in store for this year so watch this space.”