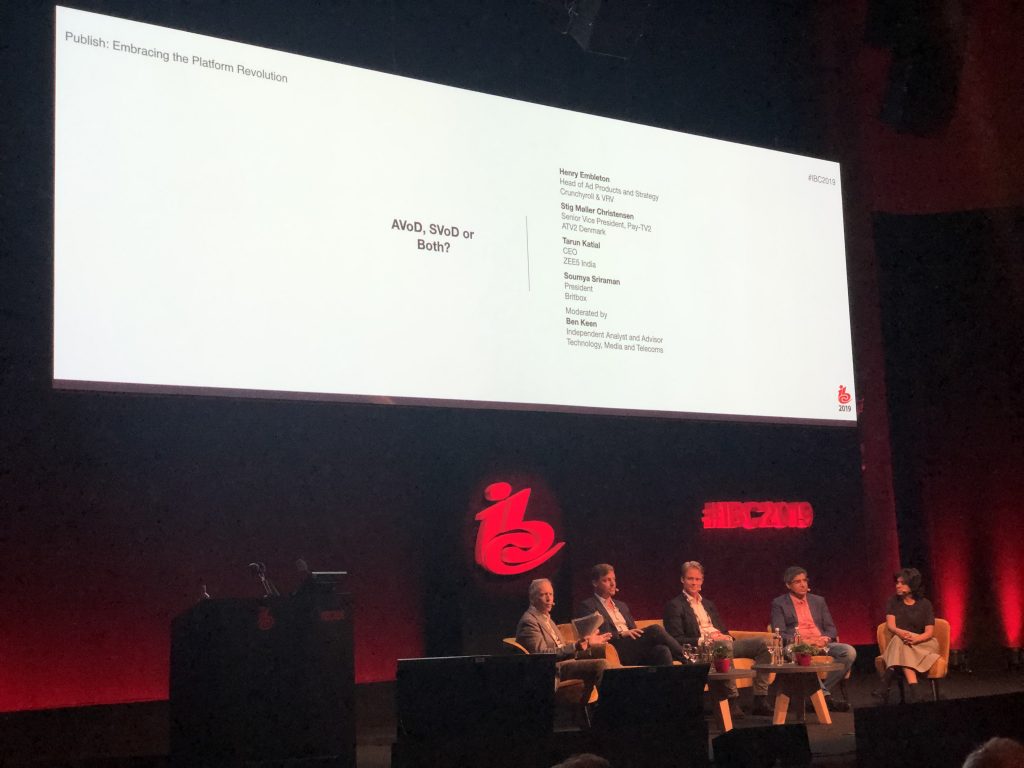 Britbox president Soumya Sriraman has brushed aside the possibility of an ad-supported model for the platform.

“We didn’t consider advertising,” Sriaman said on an IBC panel that was discussing the differences between AVODs and SVODs. She added that “Our idea all along is that we wanted to offer the audience something complete” and that a premium subscription service was the only way to achieve this.

The premium subscription video platform first launched in the US and Canada in 2017, and is set for a Q4 launch in the UK.

Britbox, a joint initiative of the BBC and ITV, currently has a reported 650,000 subscribers, with Sriraman attributing its success to date down to one main factor. “PBS created the market for us,” she said. “They made Downton Abbey a big hit and made people interested in British TV.”

Henry Embleton, head of ad products and revenue at Crunchyroll, Rooster Teeth and  VRV was also on the panel and argued that the former service would not boast nearly as many subscribers if it weren’t for an ad model. Crunchyroll is entirely dedicated to anime and has 45 million active users, with 2 million paying.

“Our demographic is 13-35, they’re not used to paying for things,” he said. “It’s attention warfare in this environment; we don’t want to turn anyone away.”

Embleton also added that the company only sees “between US$0.15 and US$0.20 per month” for AVOD viewers.