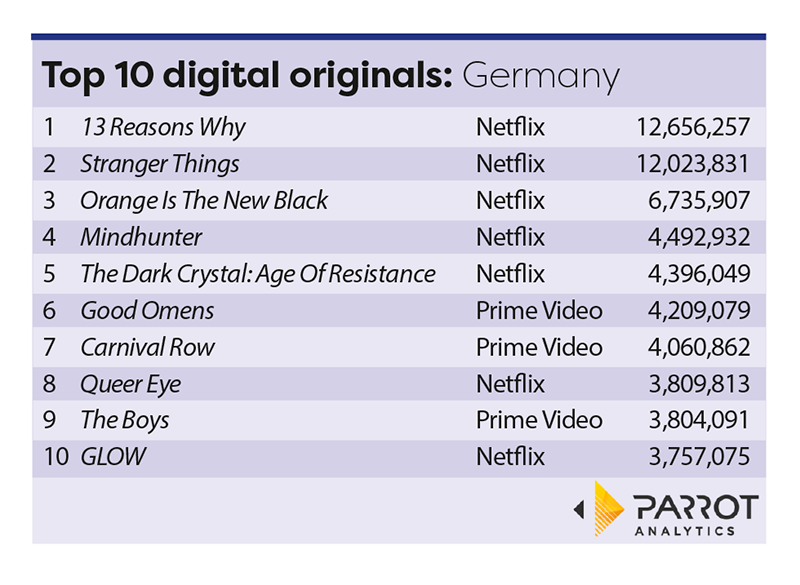 Stranger Things has finally been dethroned from the top spot of Parrot Analytics’ originals in-demand chart, with Netflix’s 13 Reasons Why narrowly edging ahead in Germany for the week ending September 8.

Orange Is The New Black is considerably behind both in third with 6.7 million average demand expressions.

In total, Netflix made up seven of the chart, with the rest being Amazon Prime Video series.