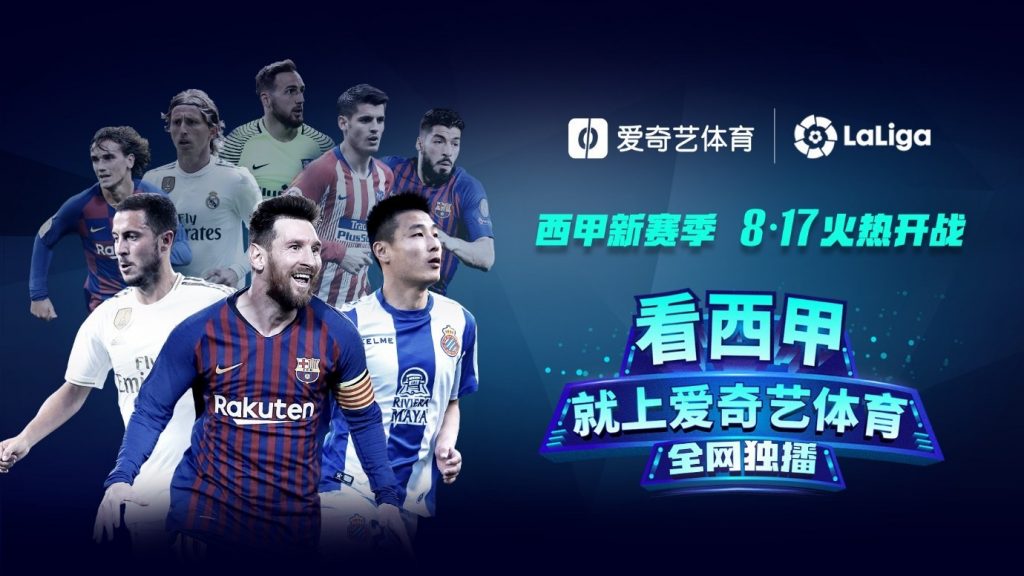 Users will be able to stream all 380 matches of the Spanish football season along with enjoying original content on match information, match highlights and behind-the-scenes footage.

The platform, launched in August 2018, is a joint venture between online entertainment service iQIYI and Super Sports Media.

Yu Lingxiao, CEO of iQIYI Sports said: “iQIYI Sports’ goal is to maximize the value of sports entertainment by leveraging the content value of top sports tournaments and further enhance it through content promotion, marketing and membership services.

“We believe this integration between entertainment and sports is key to having iQIYI Sports become the industry’s leading sports entertainment service provider.”

The company says that it is hoping to expand its content roster to include the Australian Open, Wimbledon Championships, UEFA Euro 2020 along with other events.

While the Spanish league has found a broadcast home in China, its UK distribution is still up in the air. With less than a week until the start of the new season, La Liga has not agreed distribution with a UK broadcaster.

Speaking at the beginning of August, La Liga head of communications, Joris Evers, said: “After assessing all bids and required additional documentation from participating bidders, La Liga has declared the tender null and void because no satisfactory bids were received.”

The situation has not changed since then.

Sky Sports had long been the home of the league, but lost out last summer when upstart digital-only Eleven Sports signed a three-year contract – a contract that was later torn up after the service failed to attract enough subscribers, leading La Liga to reauction the rights.