Half of Germans now taking pay TV and streaming services

Over half of German consumers now pay an average of over €30 a month for pay TV and streaming services, according to a study by price comparison site Verivox. 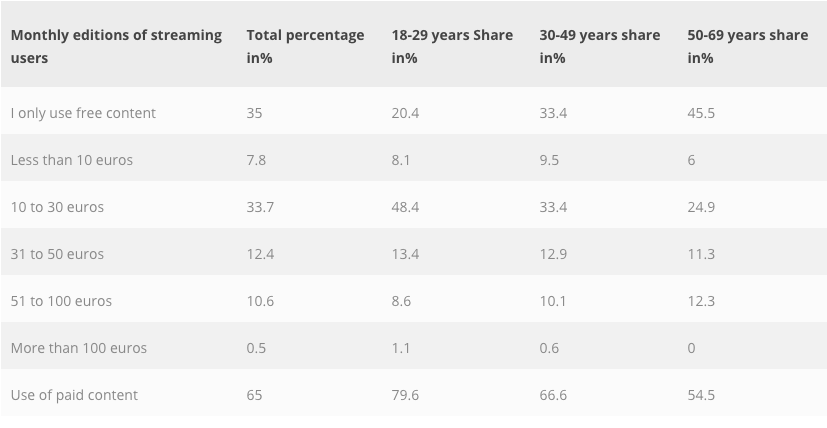 According to Verivox’s study, 52% of Germans now watch pay TV and streaming content, spending an average of €31 for the privilege, over and above the licence fee paid for public television and radio and the cost of a basic cable connection. A smaller group numbering around 11% pay between €51 and €100 while 34% spend between €10 and €30. Only a tiny minority in any age group paid more than €100 a month for media content.

According to the study, there remains a group of about 35% of consumers who rely wholly on free services for TV consumption.

Verivox found no significant differences between men and women in willingness to pay for content.

Verivox commissioned Innofact AG to carry out a study of 1,001 consumers online in May.