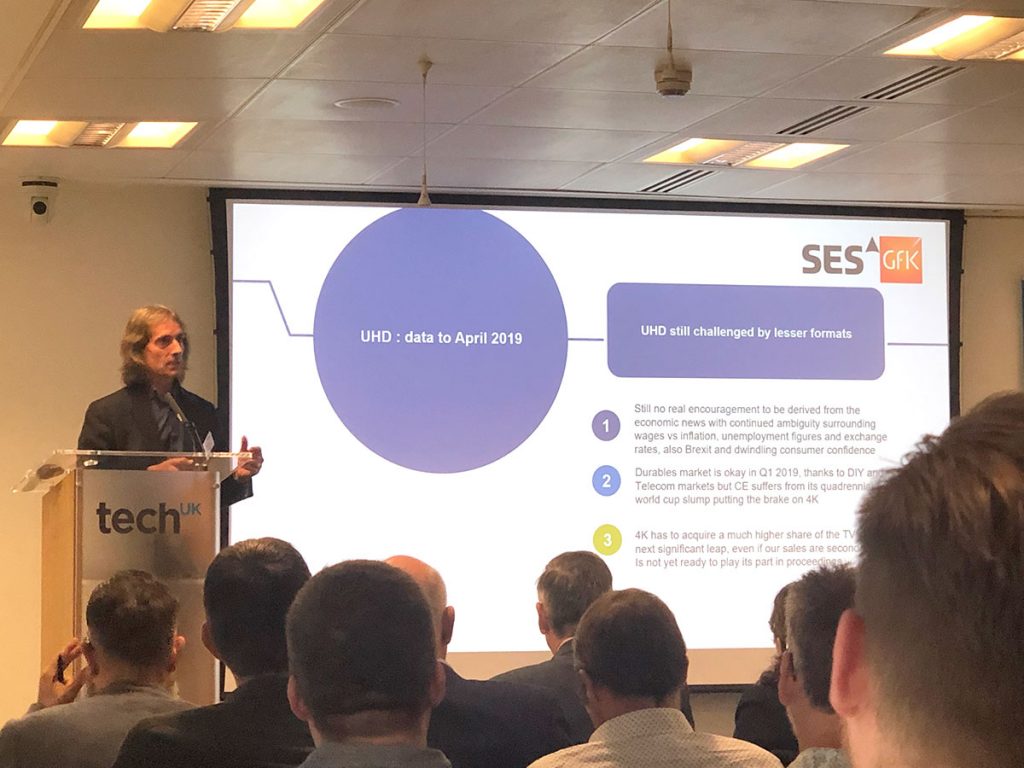 Speaking at the SES Ultra HD Conference in London, Simon said that 2019 is “not the right time to make a major purchase” for many consumers, and said that this is having an impact on the adoption rate for UHD sets.

Comparing sales figures for the first four years of UHD TVs with HD TVs in the same period, Simon pointed out that there was a much more dramatic uptake of the latter. In 2008, HD TV sales were at 8.1 million, representing 98% of the total sales. By contrast, UHD TV sales in 2018 were only at 2.8 million, a little over half (53%).

There are several factors contributing to this stunted growth.

Firstly is the aforementioned economic uncertainty that has come as a result of Brexit. Black Friday, used as a barometer for the economy’s retail appetite, in 2018 “was not good,” said Simon. “When you get to November and you have a negative figure you can see Black Friday has not worked.”

Another contributing factor simply comes from consumer satisfaction with Full HD TVs. “UHD,” Simon said, “is still challenged by lesser formats”. He pointed out that many consumers are not seeing the value in UHD, and that more affordable full HD sets are often seen as ‘good enough’.

However, it is predicted that while UHD sales have been depressed, “better products at ever-diminishing prices” will help to grow the market.

Simon also said that gaming has been “a significant factor to UHD growth”, and suggested that the recently announced next-generation Microsoft games console – codenamed Project Scarlett – will also encourage sales of both UHD and 8K sets.