UK SVOD numbers jump by a million in Q1 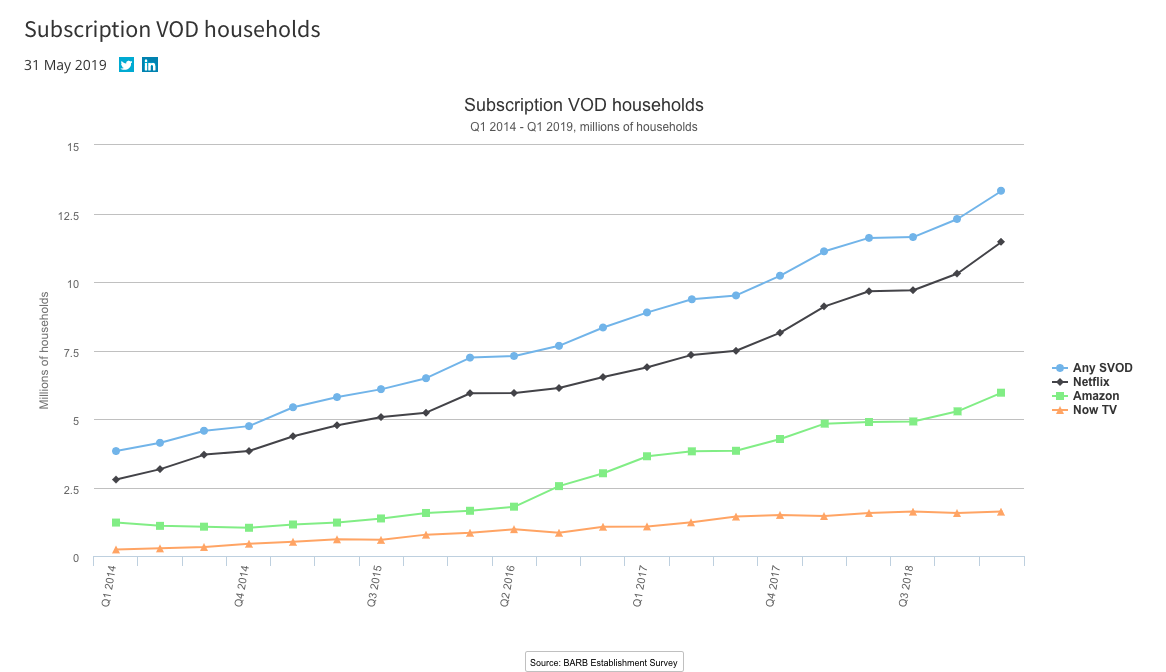 The number of UK homes accessing at least one of the three main streaming services available in the country – Netflix, Amazon Prime or Now TV – grew by 8.4% in the first quarter to reach 13.3 million, according to the latest UK Television Landscape Report from audience measurement outfit BARB.

According to BARB, the three months to March saw over one million homes added to at least one SVOD service compared with the previous quarter, the first time this figure has been surpassed even in a quarter that is traditionally strong for streaming subscriber growth.

The ratings agency reported that 46.6% of UK homes now have access to at least one of the three services, while the number of homes with two or more services increased to 5.1 million.

Netflix remains the market leader with 11.47 million subs in the UK, well ahead of Amazon with 5.96 million and Now TV with 1.62 million.

According to BARB’s tracker, the UK SVOD suscriber total – defined by the audience research group as the sum of subscribers to the three services – has grown from 3.83 million to 13.33 million in the last five years