SVODs in demand in Nordics, but Netflix is behind 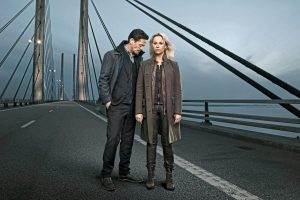 The Nordic markets have among the highest uptake of SVOD services in Europe, but Netflix is struggling, new research has revealed.

According to industry expert Ampere Analysis, the average market share of Netflix in the region is just 49%, compared to an average of 71% in the rest of Western Europe.

Local players like Viaplay, TV2 Play, C More and the regional version of HBO account for the majority of streaming service contracts in the region. In every other Western European market except Germany, Italy and Spain, Netflix claims the majority of SVoD subscriptions.

The Nordic flair for noir is reflected by the analysis of content currently in production or development (but not yet completed or aired) in the region. According to Ampere, 47% of all shows are crime or thrillers. Although the local linear channels and broadcasters have far more shows in development than local streaming players (59 different shows versus 23 from streaming players), an even greater proportion are crime. More than half (52%) of all shows in production for linear channels are crime compared to just 39% for streaming players, suggesting that international services are not doing enough to cater to the crime-hungry audience.

Elinor Clark, analyst at Ampere Analysis said: “The Nordic countries are home to the most dynamic streaming TV markets in Europe and local players have had to deal with a rapid transition of TV viewers to streaming services.

“Content is now the key battleground and, while Nordic Noir has served the region well, there is indication that local players will now look to develop comedy and period drama as the next big push.”