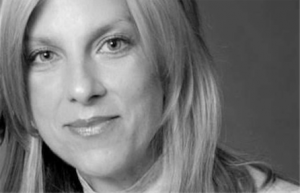 At launch, its content on Pluto TV will feature a curated playlist of short-form digital content from CNN anchors and storytellers. It will also provide programming focused on lifestyle, culture and the environment, along with some original investigations and interviews.

Commenting on the new partnership, Amy Kuessner (pictured), senior VP of content partnerships at Pluto TV, said: “At a time when news cycles are never-ending, in a world that is constantly evolving, CNN’s coveted daily reporting and in-depth features are perfect for our audience to be informed, with immediacy, accuracy and ease.”

Founded in 2013, ad-supported Pluto TV was acquired by Viacom in earlier this year for $340m. The platform already has more than 100 channels and thousands of on-demand movies, but Viacom has expressed its intention to expand the platform’s offering with more than a dozen new channels, some based on Viacom brands.

Viacom’s bet on Pluto TV is a reminder that AVOD is a growing market in many parts of the world, not just SVOD. As yet, the company has not expressed any intention to follow Disney by launching a Netflix-style subscription streaming service. That said, there have been recent rumours of an imminent Viacom/CBS merger – fuelled further by the announcement this week that CBS has suspended its search for a new CEO. CBS has gone down the subscription route with its CBS All Access platform.