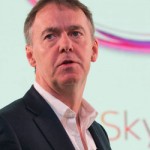 Following its high-profile takeover of PayTV giant Sky, US media conglomerate Comcast has triggered its first wave of rationalisation activity. In an email sent to staff on Friday, Sky CEO Jeremy Darroch revealed a merger of key Sky and NBCUniversal International operations which will, in basic terms, place channel operations under the Sky brand and content distribution under the NBCU brand.

Of note is the decision to fold NBCU’s UK PayTV channels, which include E!, Syfy and Universal TV, in with Sky’s broad-based portfolio of sports, movie and entertainment channels; and base them at Sky’s Osterley HQ. NBCU’s EMEA Networks team will also be located at the same West London site. In a similar move in Germany, Sky will become the parent company of NBCU’s Networks business. “We plan to explore ways for both businesses to work more closely together, including possible co-location at Unterfoehring,” said Darroch.

Away from the company’s enlarged channel operations, it also seems likely that Sky’s distribution arm Sky Vision will be folded into NBCUniversal’s global distribution business. Unsurprisingly there are expected to be job losses. Darroch said: “We recognise these proposals could have an impact on some of our colleagues within Sky and NBCU and, as always, they will be fully supported through these changes.” The one area which is not expected to merge is production, with Sky-owned indies such as Love Productions, Znak & Co and Sugar Films housed in a stand-alone production and deficit financing division. NBCU’s international operation oversees a separate cohort of production entities including Carnival and Working Title.