BBC to stream FA Cup in UHD on iPlayer 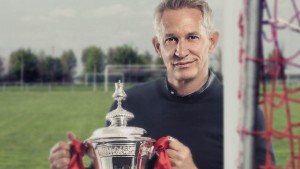 The UK’s FA Cup football semi-final this Saturday and the final on May 18 is to be streamed on the BBC iPlayer service in the Ultra HD format for the first time, the pubcaster has said.

The BBC has also revealed that 18% of the eight million requests for blockbuster natural history series Dynasties on iPlayer were in the UHD format.

As the FA Cup is a live stream, however, the BBC will cap the UHD streams at the level of tens of thousands of viewers watching simultaneously, as was the case with its live stream of World Cup matches.

Until now, UHD trials have been a separate, experimental production process for the corporation. However, for the FA Cup, the BBC’s UHD coverage will be the main production from which the HD and SD options will be derived. The broadcaster said it was working closely with production partner Arena Television to establish the most efficient way of producing programmes in multiple formats.

The BBC has been working on overcoming latency issues that affect live streaming, particularly important in the case of sports. The corporation’s R&D unit has been working to refine technology it has already demonstrated in prototype form to help overcome this.

The FA Cup, like other BBC UHD streams, will be delivered with the HLG HDR format it co-developed with Japanese broadcaster NHK.

In relation to Dynasties, the broadcaster said that the show was streamed around eight million times, with 1.4 million of these streams being in UHD.

Phil Layton, head of broadcast and connected systems, BBC R&D, said: “As Ultra HD becomes increasingly popular in the future, the BBC is making sure nobody is left behind. Our research has already provided a highly effective way for free-to-air broadcasters to put HDR into their Ultra HD programmes, and we’re working on a range of projects to make Ultra HD even better for audiences and the industry.”