Nordic telco Telia’s management have defended the company’s planned acquisition of Bonnier Broadcasting, owner of leading commercial TV broadcaster TV4 and pay TV group C More, amid controversy over whether the state should continue to have a one third share in a company that controls a major commercial media group. 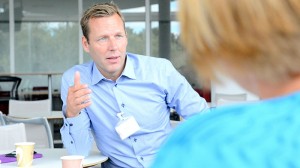 Addressing the controversy over the acquisition, Telia chairman Marie Ehrling and CEO Johan Dennelind said that Telia operated “within the framework of laws and regulations that apply all players with the aim of creating the best possible value for their customers and thus for all shareholders over time”.

The pair said that ownership of Bonnier Broadcasting would increase rather than decrease diversity in the media market, enabling Telia to “build a strong regional media player in a world dominated by big giants like Google, Facebook, Apple, Amazon and Microsoft”.

They said that Telia would safeguard TV4’s editorial independence, “regardless of whether the state owns just over a third of the company or not”.

Ehrling and Dennelind’s intervention follows a move last week by the Swedish parliament’s industry committee to investigate whether the state should sell its stake in Telia under pressure from the centre-right Alliansen opposition group and the far-right Sweden Democrats.

The committee said it was of the view that continued state ownership of Telia could have a negative impact on the media market.

The issue has been complicated by the opposition to a sale from the Swedish armed forces, which have raised security concerns.

Ehrling and Dennelind also addressed this issue, arguing that its commitment to national security was not related to state ownership and noting that Telia is an international company with interests spanning the Nordic and Baltic countries – the Finnish state sold its stake some years ago.

The acquisition is currently subject to a competition review by the EC regulatory authorities. Ehrling and Dennelind said that this investigation was focused solely on the competitive impact of the merger and not on media concentration, noting that Telia does not currently own any media assets.

They said that discussion of Telia’s role in national security and involvement in the media markets “should not be mixed with the issue of state ownership in the company”.

The Swedish state owns a 37% stake in the operator, the sale of which could raise a reported SEK70 billion.