The new European copyright directive approved by the European Parliament earlier this week is “a beautiful European law”, and the French government will move swiftly to transpose it into national law, according to French culture minister Franck Riester. 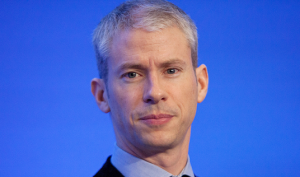 Speaking at the Series Mania event in Lille, Riester said that the directive had been passed in the face of a massive campaign of “disinformation” and added that Europe had “resisted” the power of big international technology corporations in seeing it through.

“The directive will change nothing for internet users, but will change everything for content creators,” he said.

He said there would be “no delay” in transposing the directive into national law ahead of the two-year deadline set by the EU.

Riester said that the new French audiovisual media law that is expected to come before legislators this summer “will help public service and fight piracy”.

Riester also outlined a new ‘plan séries’ to support the development of French series and encourage its export to international markets.

The Centre national du cinéma et de l’image animée (CNC) is leading the initiative, enlarging the allocation of funds to support French content creation dedicated to short formats of between 20 and 52 minutes and upping its funding by 25% for shows that are commissioned two series at a time to enable producers to reduce the time between seasons of a show.

Finally, the plan envisages support for the export of series, the government will provide an additional 25% funding on top to producers that secure substantial international pre-financing.

The CNC’s plan series funding amounts to about €3 million a year in total.