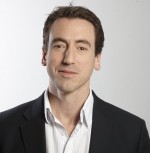 Led by the key drivers of reaching new audiences and bringing value to their partners, Viacom has been leveraging partnerships with regional broadcasters, OTTs and telcos across its different brands to penetrate new markets and reach new audiences, said Fahy.

Transitioning Viacom’s My 5 brand into a partnership model with regional broadcasters with the likes of Israel’s HOT and A&E Networks has enabled its partners to benefit from My 5’s distribution reach whilst opening their own content to new markets and audiences, Fahy told attendees.

The creation of MTV’s mobile first, D2C proposition that will be distributed through EE, came from deep analysis of a gap in the market for content that catered for a lower age segment that offers an accessible price, caters for a mobile first audience being available only on ios and Andriod phones, whilst providing the full MTV curated experience, he said.

Insight into Viacom’s key audience segments revealed that whilst Gen Y (20s & 30s) were defined as a core MTV audience that have developed habitual relationships and deep attachments to many shows, Gen Z (teens) were currently quite distant from many shows, finding them difficult to relate to. Mid-teens come to MTV through non-linear platforms and often consume non-linear channels, he said.