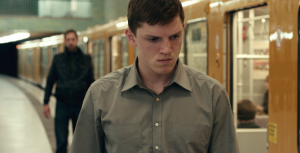 Flix Snip provides a premium mobile app and on-demand service that delivers short-form films of under 20 minutes in length across genres including drama, comedy, romance, thrillers, animation and sci-fi. All content is offered with English-language subtitles or in a localised version.

Sebastien Perioche CEO, Flix Snip said: “We are looking forward to grow our distribution in key markets where Thema has a strong presence and expertise. This partnership represents a great opportunity for Flix Snip to grow its footprint internationally and introduce the brand in key countries. Thanks to Fabrice Faux CEO, Arnaud Verlhac SVP and the entire Thema team for this wonderful opportunity to grow Flix Snip distribution.”

Arnaud Verlhac, SVP Distribution, Thema said: “I am excited by this tactical partnership covering Europe and Asia-Pacific between Flix Snip and Thema, a Canal+ Group company. On demand content and Short form are key in this period of shift of the market to reach new audience through a multi-devices experience for people on the move.”

Flix Snip last week announced that it would launch in Russia on Rostelecom’s platform.

Eurocinema founders Sebastien and Jacques Perioche launched Flix Snip at the end of 2017, with the aim of distributing a mix of family-focused short-form entertainment globally, with 30 hours of new content to be added each month.

Speaking to DTVE ahead of the launch, Sebastian Perioche said he expected the service to be offered as part of mobile or multi-play bundles rather than sold à la carte and that the focus of the service would be on one-off short movies rather than episodic series.