Fox Entertainment, the TV and programming arm of the new post-Disney sale Fox Corporation, is launching Sidecar, a new ‘content development accelerator’ that will be headed by Gail Berman. 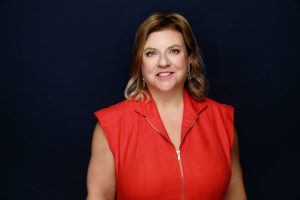 Sidecar, as its name is intended to convey, will sit side-by-side with Fox Entertainment and will be tasked with identifying and incubating programming both for the Fox network and third-party platforms.

Sidecar will be responsible for developing scripted and unscripted programming for Fox, which will retain ownership of all series that originate under the Sidecar banner.

Berman served as president of paramount Pictures from 2005-07 and as Fox Entertainment president from 2000-05. She currently runs her own production studio, The Jackal Group, which will continue to operate as a separate entity. The company produces both scripted and unscripted content, including recent unscripted series Tidying Up with Marie Kondo. Other products in development include The Poor Unfortunates and The Immortalists.

“The beauty of a Sidecar is that the riders are literally headed in the same direction, and having Gail Berman riding shotgun is about as good as it gets. Michael Thorn, Rob Wade and their teams have Fox firing on all cylinders.  So, extending their reach and allowing creators another door through which to access our brands, business and executives is the right strategic move at the time we need it.  I’m a great admirer of Gail’s work as both a producer and executive. The respect she commands, her impeccable taste and the meaningful relationships she’s amassed will help fuel Fox Entertainment with quality programming and allow Michael and Rob an even greater palate from which to paint.  Everybody wins,” said Fox Entertainment CEO Charlie Collier.

“Charlie’s innovative, intelligent approach and operational track record is a winning combo, and there is no one better to lead the charge at the reimagined Fox. With Fox Entertainment, he is ultimately delivering content creators with an environment where they can develop fresh material, and deliver audiences with high quality options across platforms. Fox Entertainment has both the legacy brand and pliant model to deliver both, and I am excited to get going,” said Berman.

Separately, 21st Century Fox posted second quarter revenues of US$8.5 billion, up 6% on the prior year thanks to stronger cable network programming and TV revenues and higher ad sales.

Fox’s sale of its stake in Sky for US$15.1 billion yielded a pre-tax gain of US$10.8 billion, giving the group quarterly income from continuing operations of US$11.55 billion, up from US$703 million. Operating income before depreciation and amortisation was Us$1.57 billion, up 9%.