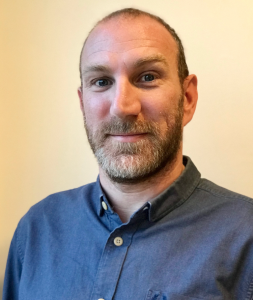 Reporting into Ed Wale, MD of the UK and Spain, he will manage teams working with advertisers, media agencies, brands, demand-side platforms and all other buyers to maximise the effectiveness and efficiency of their video advertising campaigns, according to the company.

SpotX’s agency development and demand operation teams for the UK will report to Lynch with the responsibility to drive more revenue for the publishers, broadcasters, and app developers using SpotX in the UK. This will include advising buyers on approaches to programmatic video advertising, such as private marketplaces and curated marketplaces, as well as OTT television and mobile video advertising, according to SpotX.

Lynch most recently worked at addressable TV specialist Sorenson Media where he developed the EU launch strategy, as well as managing relationships with agencies, broadcasters, and third-party data providers. He previously worked for companies including OMD, Fox Networks, Utarget.FOX, Specific Media and Adobe Ad Cloud, where he served as head of business development EMEA.

Wale said: “Graeme Lynch brings many years of programmatic video advertising experience. An industry authority, he has a wealth of senior agency contacts and knowledge that he can tap into to drive more revenue for the media owners using the SpotX platform. As well as sales leadership, he has a strong technical understanding, from the specifics of addressable TV to cross-device planning and agency structures.”

Lynch said, “Television and digital media are changing and SpotX is well-placed at the centre of this convergence. The SpotX team has years of programmatic video and digital TV advertising experience, which I saw first-hand at Adobe [formerly TubeMogul]. I look forward to working with the team to develop growth strategies for our clients, and SpotX.”