Channel 4 director of programmes Ian Katz has launched a slate of programming for 2019, which he believes will stand out against major streaming platforms. 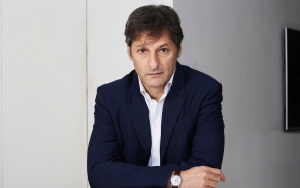 The list of programmes adhere to C4’s ‘Dial up the Difference’ strategy according to Katz, which sees the broadcaster make “mischievous”, “noisy” content that highlights “the big issues and arguments in Britain today”.

“Over the last year I’ve argued that ‘Dialling up the Difference’ is the only rational response to a world in which the viewer is drowning in choice,” he said during the slate launch on Tuesday.

“At a time when the room for civilised public debate, for asking the most difficult questions, often seems to be contracting, I hope we are making space for the arguments and issues that others won’t.

“Certainly, many of the shows I have talked about tonight are not ones that the global digital giants, even as they plough billions into new content, would be remotely interested in making.”

New commissions for the 2019 schedule will include Naked TV’s Ghost, a format which will allow a group of terminally ill people to record messages for their loved ones using holographic technology.

Lodgers for Old Codgers, will pair lonely pensioners with millennials as they help each other live out an increasingly complex life in Britain.

Meanwhile, Story Films’ The Cure, will follow the true story of Julie Bailey, an ordinary woman who single-handedly took on the might of the establishment to expose the worst scandal in the history of the NHS.

The slate continues with a list of socially probing programming including Spring Films’ Prison, Boundless Entertainment’s 60 Days on the Streets, Gobstopper TV’s The Surgery and Twofour’s Secret Teacher.

There will also be a bumper comedy slate which will see Harry Hill make a return, Nick Mohammed bring his comedy alter-ego Mr Swallow to the screen in a new pilot, and Tez Ilyas make a comedy debut.

Sarah Lancashire makes a come-back on the channel after a BAFTA winning performance in Kiri in The Light – a scripted title about justice.

C4 has also commissioned an animation of Judith Kerr’s classic much-loved children’s book, The Tiger Who Came to Teafor Christmas 2019.