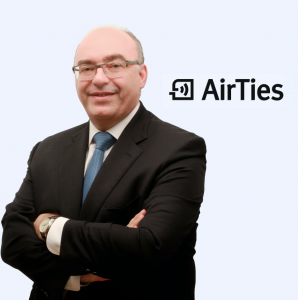 Alcaras told DTVE that AirTies had decided to acquire the business including technology and access to customers, with “millions of homes installed with this technology”.

He said that beyond the acquisition of the Wireless Doctor assets and employees, the the second part of the agreement comprises a preferred collaboration deal between AirTies and Technicolor. “It is not exclusive, but it will be tight,” he said.

The AirTies technology will be pre-integrated on new gateways but will also give AirTies access to legacy gateways.

Wireless Doctor is a SaaS solution that provides diagnostic, self-healing and management. Its customers are leading broadband service providers.

Alcaras said that the cloud-based solution has some overlap with AirTies technology “but not that much’.

“They [Technicolor] were more advanced in some ways and have developed features that we were planning to bring in a year or so,” he said.

The Wireless Doctor technology is also ported on chipsets that AirTies is not yet ported on.

Alcaras said that there was relatively little overlap between AirTies’ own consumer premises equipment business and Technicolor’s business. AirTies does not make gateways, although it does make software for them, while Technicolor is the global number two CPE vendor.

“Some 90% of our CPE business is related to our smart WiFi technology and we have a smart way of approaching [any overlap] with Technicolor,” he said, adding that “most service providers want several suppliers” of consumer premises equipment.

The collaboration agreement means that AirTies will be able to port to Technicolor devices with MESH capabilities.

The Wireless Doctor technology meanwhile has been ported on other brands than Technicolor.

Alcaras said that the Wireless Doctor technology would extend AirTies’ reach beyond its core market of MESH-based WiFi installations. He said MESH technology is needed in about 50% of cases and while that may change as users’ needs become more sophisticated, the other 50% that do not need extenders also have needs that can be covered by intelligent gateways. He said that the challenge of managing the home network would be solved by a combination of cloud-based technology and edge-computing to solve real-time low-level issues, and that the combination of Wireless Doctor with AirTies’ existing technology would be ideally suited to this.

“We are accelerating on the software side and the SaaS model,” he said. “The challenge for us though is to make the best use of these people. We have been preparing this for many months.”