Apple CEO Tim Cook has confirmed that the company will launch new services this year, fuelling speculation that an Apple television offering is on the horizon. 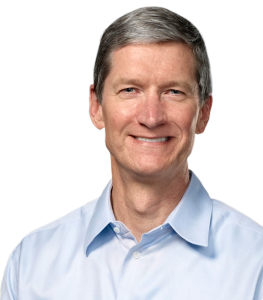 In an exclusive interview with CNBC, Cook said “you will see us announce new services this year, there will more things coming.”

While Cook didn’t go into specifics, he indicated that healthcare and wellbeing is one area that Apple is focusing on, predicting that its efforts in this space will eventually be seen by others as “Apple’s greatest contribution to mankind”.

Though he made no specific mention of a TV-streaming service, Cook’s comments came in the same week as a number of TV manufacturers – including Sony, LG and Vizio – announced at CES partnerships to integrate Apple’s Airplay 2 standard into their TVs. This will allow users to share videos, photos, music and podcasts from their Apple devices to their TV.

Samsung also announced that it will debut a new iTunes Movies and TV Shows app on Samsung Smart TVs in more than 100 countries, marking the first time that iTunes content will be available via this category of device.

Apple has made a bigger push into the TV hardware space in the past year, providing its Apple TV box to a number of operators via deals with companies like Free in France, Salt in Switzerland and Charter Communications in the US.

In June 2017 Apple also started to move into original programming by hiring Sony Pictures Television’s co-presidents Jamie Erlicht and Zack Van Amburg to lead its efforts in this area.

Since then it has appointed former Channel 4 content chief Jay Hunt as European creative director of worldwide video and BBC Films veteran Joe Oppenheimer as a creative executive for its international team. Apple also struck a multiyear deal with Oprah Winfrey.

An October report on technology business news site, The Information, claimed that Apple plans to launch a subscription TV service in more than 100 countries, in an effort to compete with the likes of Amazon and Netflix.