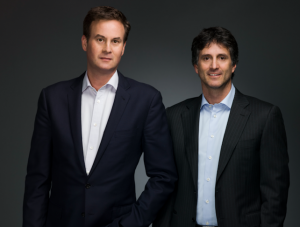 News broke last week that the pair was exiting Sony Pictures Television, where they were co-presidents.

Apple has been experimenting with original programming, and recently launched itsfirst original series, Planet of the Apps.

With Erlicht and Van Amburg at the helm, a push into ambitious, high-end programming could follow. They count Sony-produced series such as Breaking Bad, Better CallSaul, Rescue Me, The Shield, Damages and The Goldbergs.

The pair will now oversee all aspects of video programming, reporting to Apple’s senior VP of internet software and services.

“Jamie and Zack are two of the most talented TV executives in the world and have been instrumental in making this the golden age of television,” said Cue. “We have exciting plans in store for customers and can’t wait for them to bring their expertise to Apple – there is much more to come.”

Van Amburg said Apple’s programming would have the “same intention” as the company’s “relentless focus on delighting customers”.

“We want to bring to video what Apple has been so successful with in their other services and consumer products – unparalleled quality,” added Erlicht.

Tech and digital giants have begun focusing heavily on content, as they seek to consolidate the supply chain.

RT @SoftAtHome: Happy to share that our 2 solutions [ImpressioTV Platform as a service #UI and VASP.TargetedAds] have been shortlisted in t…
27 October 2021 @ 11:53:43 UTC