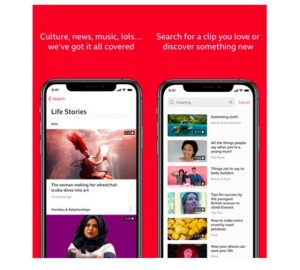 The BBC has refreshed its experimental content discovery app,  BBC+, to take advantage of advanced data capabilities that the broadcaster’s technical team believe could deliver a superior personalised experience.

The current BBC+ app is mostly provided by BBC News and replicates the BBC homepage. The BBC’s Datalab and the BBC+ app development teams have now applied machine learning and data techniques to release a new update that head of product James Metcalfe described in a blog posting as “at an early experimental phase”. However, he said the BBC believes that “using data and machine learning in the BBC is a shared challenge and needs to be done in a transparent way”.

Metcalfe said that the app for now contains short videos but had “far more breadth and depth to explore than the old app”. He said that the service remained at “an early starting point” but that the BBC would make frequent changes as it learned more.

He said that one of the challenges faced by the BBC was that “the information we have on our content is based on our organisational structure” meaning that it is difficult to generate recommendations based on topics such as health that are not available as topics in iPlayer, for example.

“We will be testing ideas quickly to realise the possibilities of a data driven world both in the way we work and the way we make our products. We have some of the most popular apps in the UK, and know we could do a lot more to improve and make them more welcoming, relevant and personal. We also need to understand how, as a public service organisation, we maintain our values in a data driven world,” he said.

According to BBC+ business analyst Svetlana Videnova, in a separate blog post, the app will focus on video clips for now with audio and articles to follow. BBC+ users will have access to 131,626 clips initially, with the BBC filtering its database to focus on unique clips and English-only content for now. Pre-2013 content, audio and weather content and eight master brands have been filtered out.