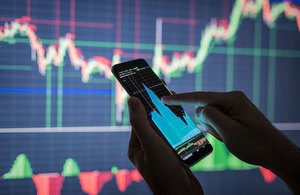 The CMA said that the deal, which was announced in February, could be cleared on the ground that two companies did not closely compete.

Nielsen agreed to acquire the unit, which comprises a portfolio advertising monitoring platform, ePublisher validation and verification platform and communications insight services operating in Australia, Germany, the UK and the US, in order to further its strategy for broader total audience measurement and to reduce its reliance on third-party solutions.

Following an in-depth investigation, the watchdog said that, although Nielsen and Ebiquity sell advertising intelligence products to UK and international customers, the design of their products, how they are used, and the fact that very few customers switch between the companies meant that the deal could be greenlit.

The regulator also said that its assessment had taken into account changes in the advertising landscape, and in particular the growth of online advertising, which had put pressure on two companies that provide intelligence on traditional media.

Ebiquity’s shares fell sharply following the CMA announcement when the company issued a current-year profit warning on a slowdown in in the ad intelligence business as well as a poor performance in the US digital analytics business.